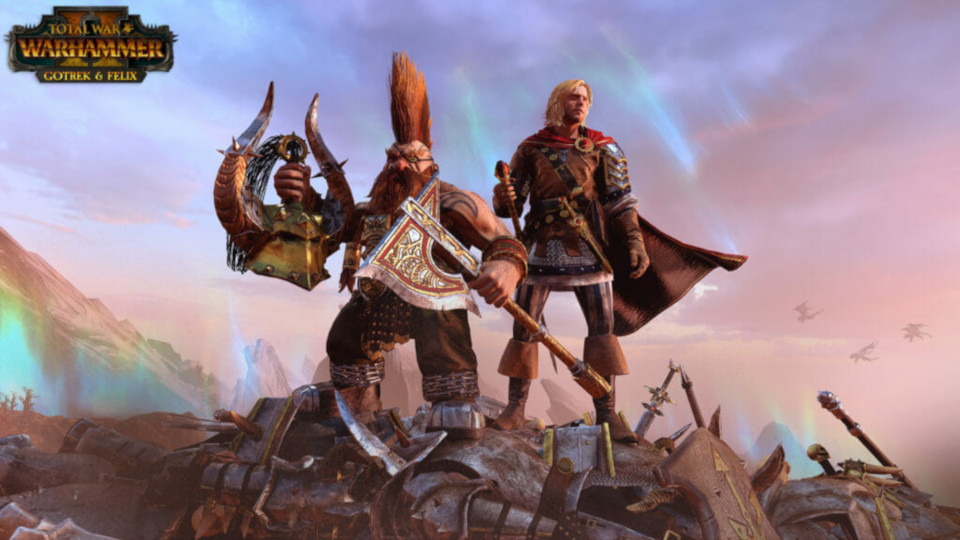 The guys at Creative Assembly have decided to give Warhammer fans a treat by adding the legendary Gotrek and Felix to the list of available heroes to play within  Total War: Warhammer 2. For anyone not sure who these guys are let me explain.

Gotrek Gurnisson is a legendary Dwarf Slayer who has vowed to seek out the most powerful foes in order to die a glorious death at the hands of a worthy foe. There’s one problem though, Gotrek is such a tough bastard that he hasn’t managed to find anyone or anything that can kill him as of yet. His companion Felix is a poet/bard who has decided to accompany Gotrek on his travels so that he can record the epic moment of Gotrek’s death. Between them, they have fought countless foes and slain them all making them deadly on the battlefield.

Gorek and Felix function differently to other characters within the game:

There are two ways to get your hands on this free DLC pack. If you want it as soon as possible you’ll have to pick up the September issue of White Dwarf magazine where you’ll find yourself a code. If you’re happy to wait, the DLC will be downloadable for all from 17th September.

For more information check out the Gotrek and Felix FAQ.