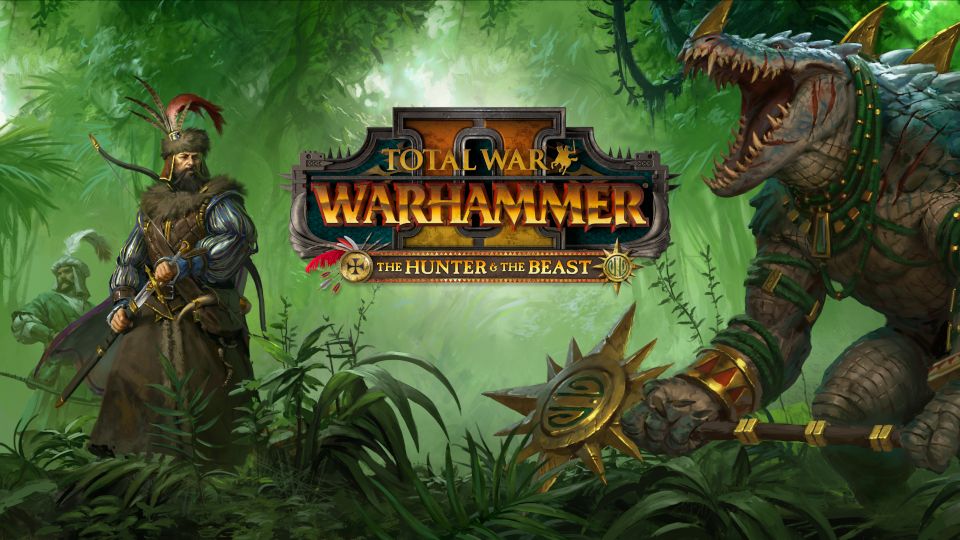 It has just been announced that the Hunter and the Beast DLC will be released for Total War: Warhammer 2 on 11th September. The Hunter & The Beast introduces two new Legendary Lords for the Empire and Lizardmen races, with unique faction and campaign mechanics, as well as a host of devastating battlefield units. Both will be playable as part of Eye of the Vortex or Mortal Realms game modes.

The Hunter & The Beast also introduces the largest ever playable Total War: Warhammer unit in the form of the Dread Saurian. When this absolute unit is let loose upon the battlefield it wreaks terrible havoc upon the enemy with its fang-lined jaws and the divine blessings of the Old Ones. A host of other units will also be joining the carnage, including the elite Huntsmen, War Wagon, Kroxigor Ancients, and the Razordon Hunting Pack.

View the Hunter & The Beast DLC trailer below:

The game will also receive a free update to coincide with the release of the DLC. The update will include free content for all owners of Total War: Warhammer 2, including a ferocious yet-to-be-revealed Legendary Lord.

The bit of the update I’m most interested in has to be the introduction of forts. Forts introduce a major new strategic element to the game. The Forts are usually placed in areas such as mountain passes making it a great defensive position and almost suicidal to attack. I’m really interested to see how these play out in-game.

You can pre-purchase the Hunter and the Beast DLC now on Steam.

For more information be sure to check out the Total War blog.

View some Hunter & The Beast DLC screenshots in our gallery below: