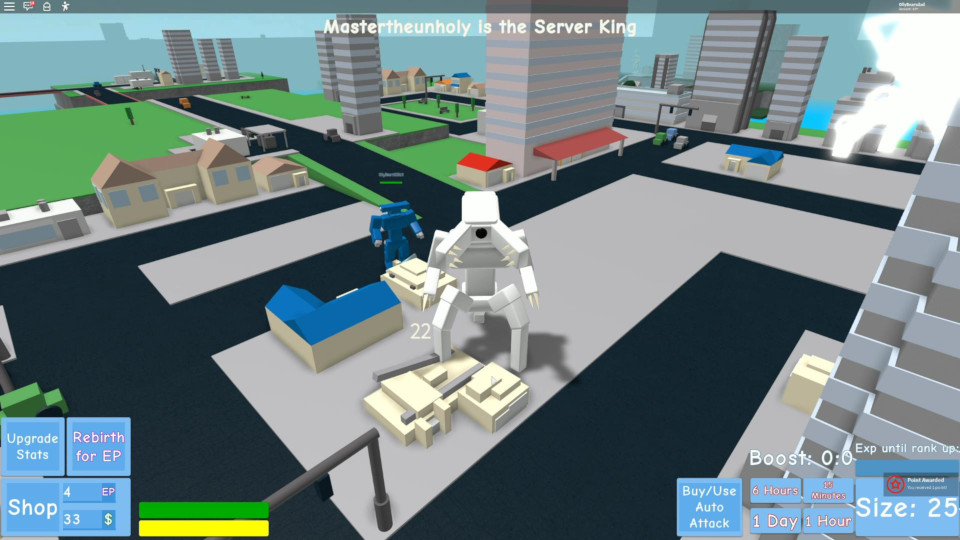 Ah Roblox, never has a game offered so much variety. I think it’s great that it’s friendly enough for younger kids to play but also engaging enough for someone older (or in my case much older) to also enjoy it together.

As ever I’ve been checking out lots of games on the platform and have two to recommend. Both are quite different from each other so hopefully, you’ll like at least one of them.

Our first game this week is Camping 2 by SamsonXVI. Samson himself describes the game as “Welcome to the new Campgrounds! Today, you and your friends will embark on an incredible journey through a beautiful national park! Alongside your friends, and globally recognized Park Ranger Daniel, you will strive to become one with nature and find the true values that lie within the Camping experience. Have fun!”

What he fails to mention in his description are all of the things that try to kill you during the evenings. I’m not going to spoil things with spoilers but I thought a masked gunman might have at least got a mention! This is not the camping roleplay game I was expecting!

Our second game this week is Godzilla Simulator by Alkameltzer. The premise here is pretty simple. You take your giant lizard and proceed to smash up a city, getting bigger in the process. As you level up you can smash even bigger things. Once you get to level 10 you can rebirth in order to attain points that you can spend on upgrading your stats.

At first, I found Godzilla Simulator to be a bit boring as the pace is really slow but somehow I was still playing ninety minutes later so it certainly did enough to capture my imagination. There are lots of ways to customise your monster and once you’ve rebirthed a few times things move along at a much quicker rate.

What made it really fun was roleplaying with my son. We pretended we really were the monsters and spent loads of time roaring at our screens. We then decided that we would protect some of the smaller zillas on the map and formed some bizarre dinosaur protection service!

You can check out a few minutes of gameplay in the video below:

Tune in next week for some more recommendations!