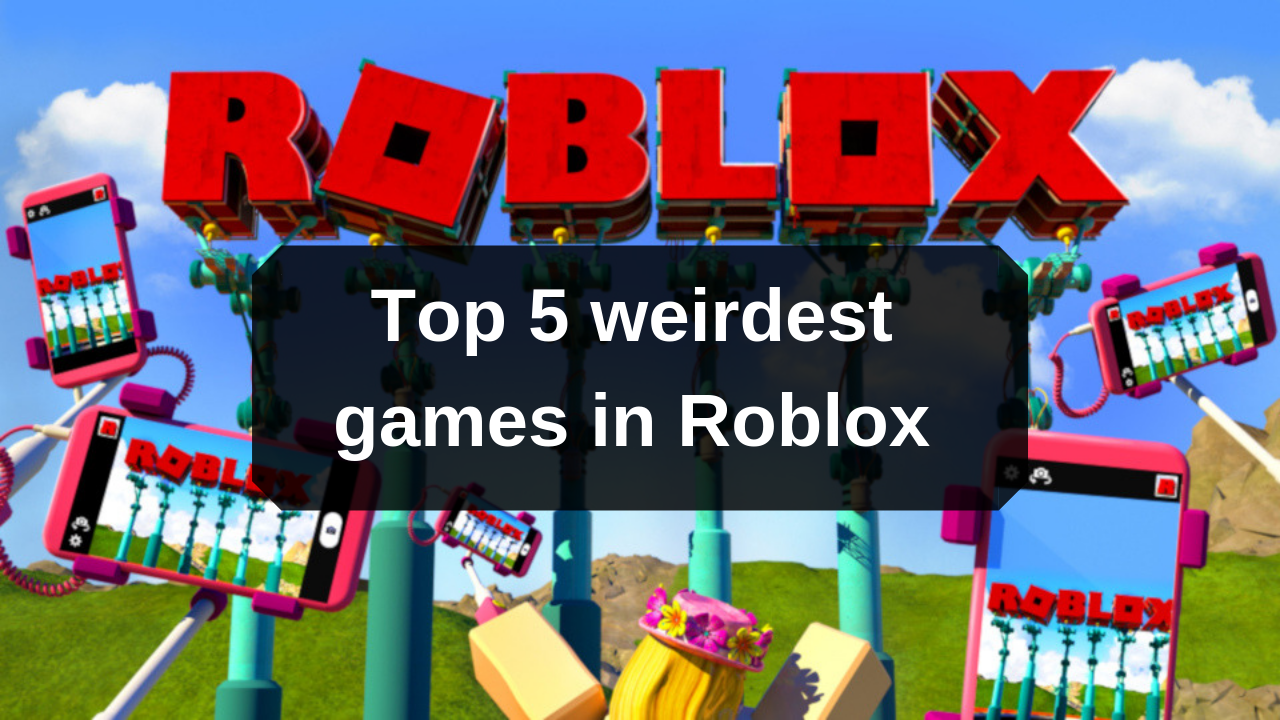 Roblox is full of the weird and wonderful, it’s a platform where the only limit is the imagination of the people involved in the creation of its many games. I’ve taken the time to explore some of the weirder games out there and boy have people been putting their imaginations to the test!

I’ve pulled together what I think are the top five weirdest games I’ve found so far. As with all lists, this is just my opinion and I may have missed something weird that you might like. I had only one criterion for the list, the game must be weird. It doesn’t have to be good or even playable for that matter. As long as it’s weird it can be on my list.

The first game on our list is Survival The Peppa Pig by REG games. This is quite a simple game in that players simply have to not get killed by the villain of the piece. The villain, in this case, is Peppa Pig and she’s not happy about something. Armed with a knife her sole aim is to stab everyone to death. If that was weird enough, her constant squealing is very unnerving and makes this a somewhat uncomfortable experience. The game is buggy as hell but is playable enough though I wouldn’t drop any robux on any items until the game is cleaned up.

Game number two on our list is more of an experience than a game you can actually play. Ladies and gents, let me introduce you to Dancing Parrots by Radalkcor. I say this isn’t a game as once launched you can’t do anything other than sit back, listen and watch the parrots dance. Yep, that’s it ! The music is very catchy though and is well worth checking out.

Our third game is for those of you who dream of playing a game as a drunk egg with a fetish for bizarre hats. If that sounds like you then you should check out eg-testing by Nimblz. The premise seems to be to collect coins to buy new decorations for your egg character whilst exploring the rather nice landscape. What strikes me as odd is the drunken way your egg walks and the fact that well… you play as an egg!

Our fourth game is for all the Sesame Street fans out there. Survive Elmo by Patricksuper10. In Survive Elmo your aim is to not killed by Elmo who is seriously miffed. Going by the in-game music, Elmo is pissed because he’s lost his goldfish and his crayon and he wants your blood! With a vast array of weapons at your disposal, you can have fun blowing the various Elmos to smithereens.

Our final game on the list and by far the weirdest is Human Giraffe by Rdite. Human Giraffe is what would happen if a physics experiment, a giraffe enclosure and a hot dog factory collided and fused together. There is no real point to the game other than to muck about in the very buggy world seeing how your rather phallic-looking long neck responds to a variety of spinny things. You are armed with a tongue/grapple hook to help you get around the weird world. There is also a PVP area and many neck options you can unlock to make things even weirder.

That folks, is our list of the weirdest games we’ve found on Roblox so far. I’m sure that in time we’ll discover even stranger things and will be sure to update our list as and when we come across them.

If you’d like to see the games in action, check out the video below:

Advertisement. Scroll to continue reading.
In this article:Roblox, Roblox Corp