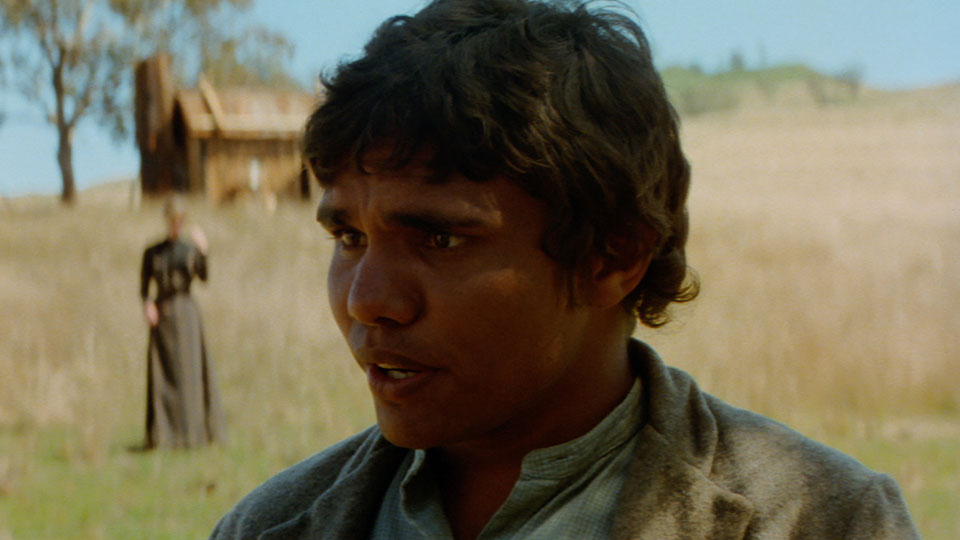 Eureka Entertainment to release the internationally acclaimed masterpiece The Chant of Jimmie Blacksmith, Fred Schepisi’s depiction of horrific racially-motivated crimes, as part of The Masters of Cinema Series in a definitive Dual Format (Blu-ray & DVD) edition out now, presented with a Limited Edition slipcase [2000 copies only].

One of the most important films in all of Australian cinema, and perhaps the key critical work of that country’s internationally acclaimed film movement of the 1970s, The Chant of Jimmie Blacksmith is nothing short of a masterpiece – a bracing and emotionally wrenching study of the effects of institutionalised racism and colonialism on a land’s indigenous peoples, and an unflinching look at the repercussions of violence for both aggressors and victims.

Based on the early 20th-century exploits of Jimmy Governor, The Chant of Jimmie Blacksmith follows its title character, a half-Aboriginal, half-white young man attempting to make his way as a farmhand, but facing only prejudice and deception from society. When the parentage of his child is called into question and he is further robbed by his white employers, Jimmie’s barely suppressed rage explodes, triggering a wave of violence that would shock a nation.

Directed by Fred Schepisi (Six Degrees of Separation) from a Booker-nominated novel by Thomas Keneally (Schindler’s Arc – the book on which the film Schindler’s List was based), The Chant of Jimmie Blacksmith stands alongside The Harder They Come and Sweet Sweetback’s Baadassss Song as one of the most powerful 1970s cinema explorations of rebellion and uprising, and the costs that are paid on both sides. Called “the one great Australian film that I have seen” by Pauline Kael, The Chant of Jimmie Blacksmith is a powerful experience.

The Chant of Jimmie Blacksmith, one of Australian cinema’s most powerful and influential stories, is out now on Dual Format and can be purchased at https://amzn.to/2Zbk8lI

Advertisement. Scroll to continue reading.
In this article:Eureka Entertainment, The Chant of Jimmy Blacksmith