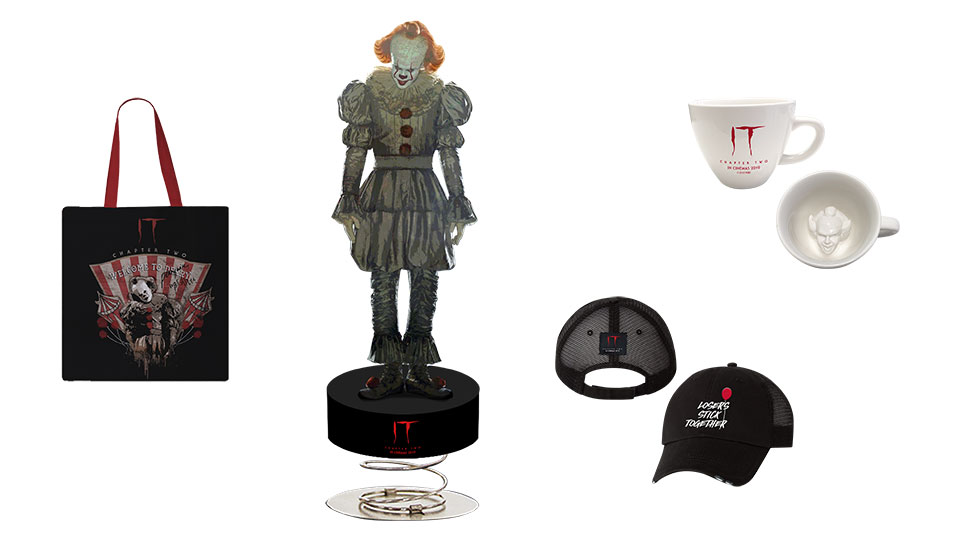 Evil resurfaces in Derry as director Andy Muschietti reunites the Losers Club in a return to where it all began with IT Chapter Two,” the conclusion to the highest-grossing horror film of all time.

Twenty-seven years after the Losers Club defeated Pennywise, he has returned to terrorize the town of Derry once more. Now adults, the Losers have long since gone their separate ways. However, kids are disappearing again, so Mike, the only one of the group to remain in their hometown, calls the others home.

Damaged by the experiences of their past, they must each conquer their deepest fears to destroy Pennywise once and for all…putting them directly in the path of the clown that has become deadlier than ever.

Ahead of the highly anticipated epic finale IT Chapter Two on 6th September, we’re giving away the ultimate creepy bundle. Each bundle contains a Losers Club Cap, a tote bag, a mug and a dashboard Pennywise.

IT Chapter Two will be released nationwide on 6th September 2019 by Warner Bros. Pictures. #ITCHAPTER2 #ITMOVIE

To celebrate the release of IT Chapter Two, we’ve got 3 merchandise bundles to give away. Enter below…

Advertisement. Scroll to continue reading.
In this article:IT Chapter Two