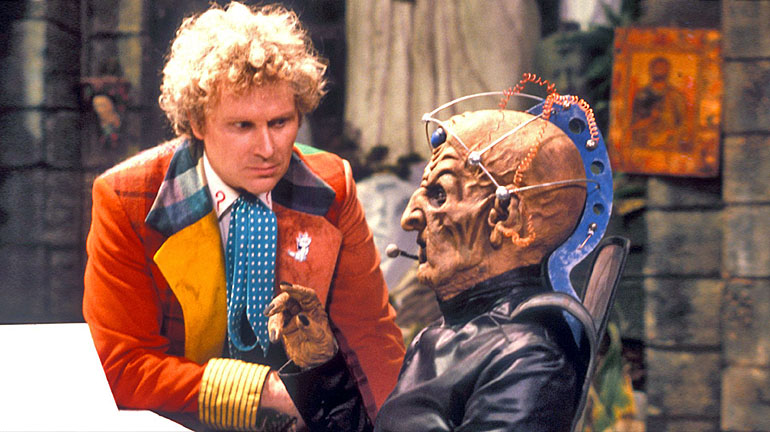 Discussions with Davros An Afternoon with Terry Molloy

Actor Terry Molloy is set to speak out about his career in television, theatre and radio as part of a unique question-and-answer event in Leeds this winter.

Discussions with Davros – An Afternoon with Terry Molloy is an intimate few hours which will focus on Terry’s legendary role as Davros, the creator of the Daleks, in addition to his memorable performances in The Archers and more.

Terry is the longest-standing actor to play the part of Davros – a role he first took on in 1983. It was a character which almost entirely obscured his features behind a mask, yet was brought vividly to life through his chilling vocal performance.

He has since been the only actor to reprise the character in audio and on stage, as well as performing opposite all three Doctors on television throughout the 1980s.

Actor Terry Molloy – the man behind the mask. Image courtesy of terrymolloy.co.uk.

Now’s your chance to find out more about the man behind the mask. Discover what Peter Davison, Colin Baker and Sylvester McCoy really were like to work with, and hear how Terry found himself opening a bold new Doctor’s season with the Cybermen and closing it as Davros – an iconic role he truly made his own.

Fans of Doctor Who will have the opportunity to hear from Terry directly as he candidly shares memories of his time on the show, followed by an open question and answer forum and personal signing/photo session.

Courtesy of Who 77 Productions, we’ve got two tickets for this exclusive event which takes place on Sunday 10th November at 2pm in Leeds. (Tickets cost £12, which includes one free item for signing, which can also be purchased online.)

For the chance to win, enter below: