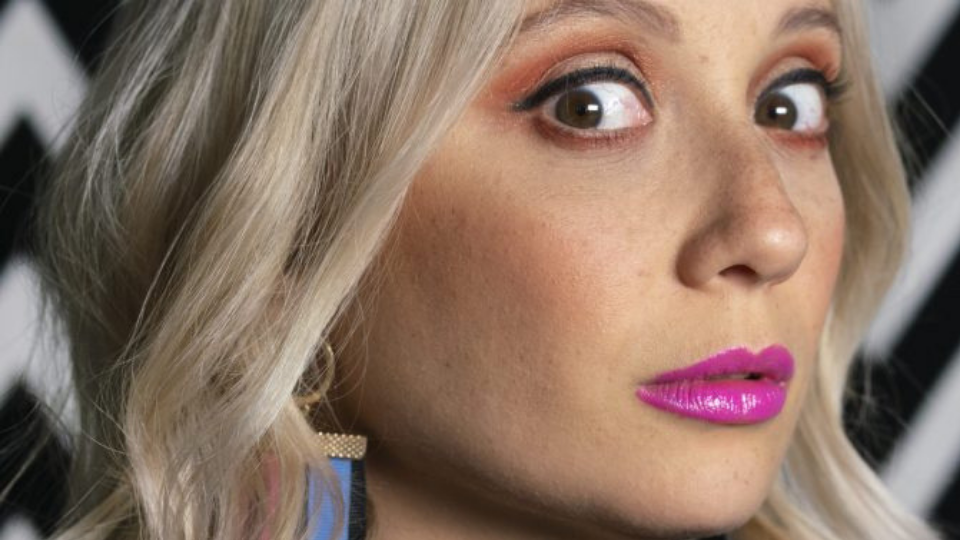 Jenny Bede has crafted a skilful hour of musical comedy for nerds and the uninitiated, which portrays musical milestones alongside the creative struggles in her career from the noughties to the present day.

Loosely weaved throughout are tales of the multi-talented performer’s time in girl band Cherry Falls. We experience a unique lens of a would-be pop career that stands up as social commentary in a post #MetToo world.

It is refreshing to see this honest portrayal of a female creative voice, and looking back, there is a sense that the fall-out of girl power didn’t generate the equal opportunities the media would have us believe.

Jenny is able to reclaim her voice in the industry with hilarious results, showcasing her  singing and comic talents with well observed commentaries on her experiences as a female performer, the  character cliches (e.g. the sexy dead ex wife), limiting parts, along with energising audience interaction that is confident and compelling to watch.

The production values and sound design create a selection of songs with brilliant writing, pace and just the right amount of nostalgia. Whether its garage or RnB classics, we realise that a time we thought was liberating actually wasn’t, and that often women were silenced or portrayed in a series of limiting scenarios that just didn’t reflect real life. Jenny revisits these moments and puts her own unique spin on them, with an ‘up in the club’ number that describes her visiting a club to meet her friends and realising everyone turned up to the wrong club as the plans were far too generic.

She manages to read between the lines of her own experiences and the hypocrisy and irony of the industry within which she operates (e.g. the white girl friend who complained she didn’t get an audition for Hamilton) with great success.

We also get to see the infamous Cherry Falls video at the end, and we realise how being able to laugh at yourself is the key to bringing others along with you.