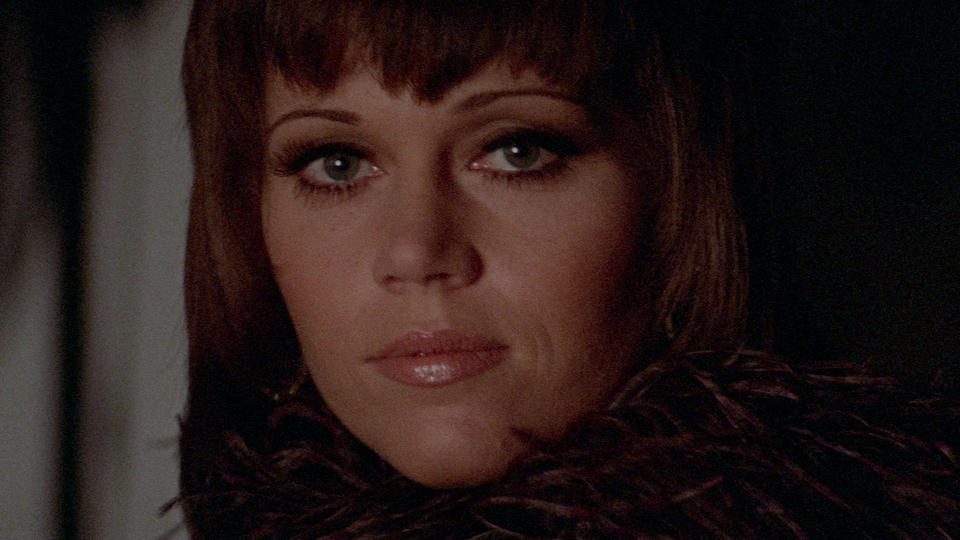 The first instalment in Alan J. Pakula’s unofficial trilogy of 70s paranoia thrillers arrives on Blu-ray this week in the shape of a beautiful special edition from the Criterion Collection. The Parallax View and All the President’s Men are the better-known films in this trio of fear, distrust, and conspiracy, but Klute, featuring a sensational and Oscar winning performance from Jane Fonda, is one of the seminal films of the American New Wave, and well worth seeking out.

Riffing on film noir, the film sees John Klute (Sutherland) hired to locate Tom Gruneman, a Pennsylvania company executive who disappeared six months ago. The police have had no luck in tracking him down, and reveal that their only lead is an obscene typed letter found in Tom’s office, addressed to Bree Daniels (Fonda), a New York City call girl and aspiring actress. Klute heads to New York and begins spying on Bree. But he soon discovers he’s not the only person watching her.

The film works far better as a slow-burn character study than it does as a thriller. The mystery is fairly obvious and far less gripping and suspenseful than the relationship between Bree and Klute. Pakula probes at the psyche of his characters, but always seems to putting distance between us and them, heightening the sense of isolation and distrust. Look at the way he continually has the camera pulling away from the action, along with cinematographer Gordon Willis’s stunning composition and use of negative space.

As many have pointed out over the years, the film shouldn’t really be named Klute. Don’t get me wrong, Sutherland’s superbly restrained and generous performance as Klute deserves acclaim, but this film belongs to Fonda. She portrays Bree with astonishing complexity and agency. It is a rarified performance of vivid realism, dissecting the female experience in such a psychologically astute way, it is breathtaking. She dominates this film.

Newly restored in digital 4K, the film looks terrific, but still looks like a film that was made in the 70s. This Criterion Blu-ray kicks off with a series of in-depth interviews with film scholars, historians, directors, and friends and family of Pakula, which were conducted as part of a planned feature length documentary on the director.

There is a brand-new conversation between Jane Fonda and actress Illeana Douglas, exclusive to this release. Journalist Amy Fine Collins explores the look and style of Klute in a really interesting piece which brings additional context to the film. From the archives we are presented with Alan J. Pakula being interviewed on a 1978 episode of the Dick Cavett show. There’s also a remarkable piece from 1973 about Jane Fonda’s hugely controversial visit to Vietnam, and the subsequent public and political backlash she endured. She is interviewed in this piece by British journalist Midge Mackenzie.

“Klute” in New York is a short documentary made during the shooting of the film. Finally, the booklet with the film comes with an essay by film critic Mark Harris, and excerpts from a 1972 interview with Pakula.