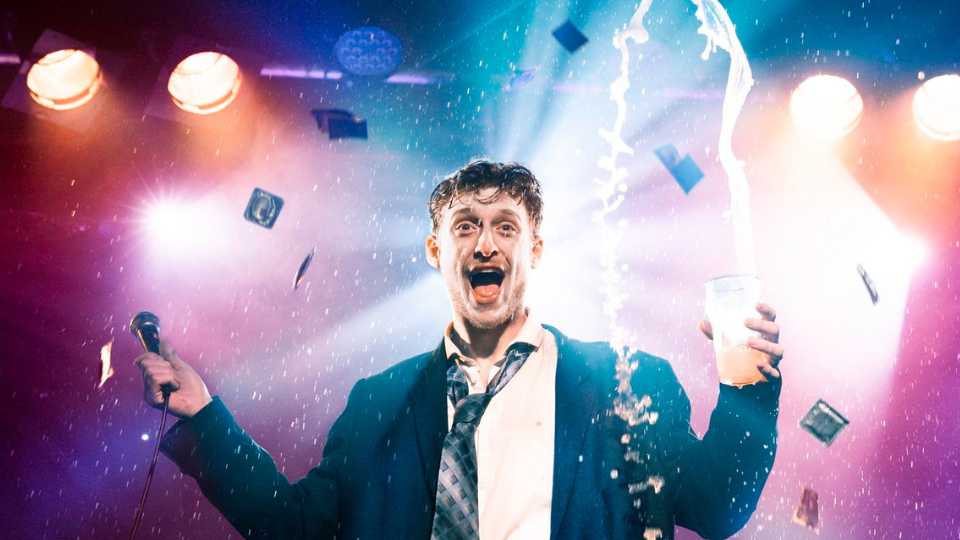 This is an exceptionally well-crafted persona with a unique premise that is the brainchild of one of the most exciting and talented performers I’ve seen. Contrary to some other reviews for Tucker during this year’s run (including a particularly harrowing one star review from a popular fringe title where its writer morphed into the quack plastic surgeon from The Simpsons by describing Tucker as having the little-known medical condition of ‘saggy eyelids’), it is Zucker and his alter-ego Tucker who have the last laugh here.

Just how bad can things get in the world in 2019? Not that bad, compared to Jack Tucker’s heroic attempts to fail not just at life, but worse, the comedy career success he craves. In a rapidly expanding Fringe festival, the cut and thrust of review culture (including this review) creates some sort of uncomfortable power structure where there is a desire to impress continually. Zucker’s manic and compelling alter-ego turns this notion on its head, structuring a completely inconceivable audio and visual experience that verges on Shakespearean proportions, like if King Lear did standup. But it’s almost more intense than theatre and more like being in a computer game. Zucker can choose sequences depending on the ebbs and flows of audience reaction. Someone walks out? No problem, there’s a theatrical shift to a forlorn sequence that wins the remaining audience back around.

This show is quite frankly a new form of satire. We have been yearning for new form of satire that goes beyond the same faces on lazy TV panel shows going over the news headlines with lame retorts. This goes far deeper and is absurd and complex. Tucker creates a clever subversion of the values and beliefs that the public has slowly lost faith in. Things that have eroded public trust and unobtainable societal expectations around marriages, failing marriages, children, politics, popularist politicians, the collapse of the American Dream. The things we have become desensitised to through mass media over-exposure – extreme violence, the polarised left, the polarised right. Plus, the overarching definition of stand-up is railroaded against the number of punchlines we should expect for our money.

This is also a commentary on the commodification of creativity – its very heart, soul, body and mind, put under the spotlight, up for grabs and under our judgement each year at this annual comedy trade show. Zucker’s Tucker manifests and transcends all this with the grace and class of an act destined to be on stage. Standing ovations, sold out performances, walk-outs and one star reviews – Jack Tucker is disruptive and a hurricane of fresh air.

Jack Tucker: Comedy Standup Hour is on at the Underbelly Cowgate (Belly Button) until the 25th August 2019 at 21:20 (part of the Stamptown Group). For tickets, visit https://tickets.edfringe.com/whats-on/jack-tucker-comedy-stand-up-hour