Film-licensed video games were swiftly becoming something of a Pavlov’s Dog situation for me. A video game inspired by a hotly anticipated summer blockbuster would be released, promising to encapsulate the feeling of being a silver-screen superhero or a gargantuan titanic monster. Subsequently, this would result in die-hard fans like myself drooling all over their computer keyboards, eager to snatch up a copy. However, each release would be a rushed, ugly, fundamentally broken title, often found – a few weeks later – at the very cold bottom of the supermarket bargain bin. It seemed as if my childhood was punctuated by bitterly disappointing tie-ins.

While of course, video games like Goldeneye 007 and Spider-Man 2 are cultural milestones in their own right, despite being based off films, they are exceptions rather than any form of a trend. As for every decent title based off a film, there are ten film tie-ins with dodgy retro soundtracks and a seemingly infinite number of infamous escort missions – the developer’s go-to level to pad out playtimes. But it must be noted that Goldeneye 007 came out two years after the release of the James Bond film of the same name, which gave the developers time to perfect the game to the highest possible standards. Which brings us to the sole issue of film-to-video game tie-ins, they’re merely another form of merchandising and advertising for a film, with rushed production cycles to coincide with the theatrical release.

Small video-game developers such as Liquid Entertainment and Luxoflux were snatched up by big publishers and put to work on the big licences with the teams not seeming to have much passion for the material. This resulted in the mediocre properties they produced, in this case, Thor: God of Thunder and Transformers: Revenge of the Fallen respectively, despite these developers having churned out strong titles previously. Even talented game makers that have shown their worth with the property prior, such as High Moon Studios developing the excellent and personal favourite Transformers: War for Cybertron – a passion project from the developers – couldn’t salvage their next video game effort: the miserably received tie-in Transformers: Dark of the Moon. A salient lack of passion and a rushed release resulted in a clear lack of quality. These aren’t games that seek to take the player on a journey, they’re games to be merely functional and to be a glorified, interactive billboards to just go and see the film in the cinema.

However, a peculiar change seems to be occurring. Film tie-in video games are now much harder to come across. Last year the top ten highest grossing films worldwide only had one video game adaptation between them, that being the Lego version of the Incredibles 2, which arguably couldn’t even be considered an authentic tie-in with the Lego titles being a license in and of itself. Compared to ten years prior, where there were six video game adaptations of the ten highest grossing films (Kung Fu Panda, Madagascar: Escape 2 Africa, Quantum of Solace, Iron Man, Wall-E and The Chronicles of Narnia: Prince Caspian). The change being that publishers have slowly begun to realise that video games that have their own development cycle and creative ideas outside of the film tend to be received far more positively and then subsequently perform far better. Batman: Arkham City released a few months prior to the Batman film: The Dark Knight Rises, had its own development separate to the film, so didn’t have to be rushed out to match the film’s release date and was an incredible success, selling over ten million units.

The move for cinematic-inspired games has been a commercially and critically viable endeavour. Marvel’s Spider-Man for PS4, released in September of last year sold an enormous nine million copies, despite being an exclusive for the Sony console. While The Amazing Spider-Man 2 based loosely off the 2014 film of the same name, shipped just over a million across the variety of consoles and PC (VGChartz.com). Games like Injustice 2, Shadow of Mordor, Guardians of the Galaxy: A Telltale Series and Alien: Isolation to name a few are properties that certainly draw from their cinematic source material. However, with their own development cycle, these games are able to be more financially successful and better received titles. The team behind Shadow of Mordor give a quote from Peter Jackson himself, director of the Lord of the Rings and Hobbit films which is a microcosm of the movie-to-video game process, telling them ‘[d]on’t make a movie game. Just make the best game you possibly can.’ (IGN).

Of course, a factor to consider in these changes to the video game landscape is the rise of mobile games in recent years. These games are infamous for being made on a much shorter and cheaper development cycle but with a reputable name of a film enabling them to have a significantly higher number of downloads. Pixar themed applications run amok nowadays, often appealing to young children who rack up huge amounts on their parent’s phone bills with the dreaded microtransactions. While it’s difficult to find exact numbers of downloads and profits for film-themed games on iPhone and Android, the estimated $930 million in revenue over the 12 months preceding July 2018 for the Candy Crush Saga (Variety), emphasises the huge market for the mobile game and how film studios have capitalised on this aspect, forsaking its previous efforts. It’s an obvious explanation why there has been such a recent lack of the console released tie-in, they simply have no purpose anymore, appealing to neither the gamer who wants to get invested in deep, mythical worlds, nor the gamer who simply plays on their phone on their local commute. While there are great film-based games on the horizon looking to tell their own stories such as Square Enix’s Avengers or Star Wars Jedi: Fallen Order, there will no-doubt be a slew of cheap mobile games with each major film release to try and piggyback off its respective film’s success.

It would appear there has been a dual evolution when it comes to video game film-tie ins, they have become somehow worse, but also – strangely – better, catering to two distinct demographics. With the divide between mobile and console/PC gaming growing ever greater, it would seem that the film-licensed video game has also split right down the middle. Games inspired by films that you could complete in an afternoon despite their hefty retail price seem to be a thing of the past, instead there are cinematic-themed mobile adventures or the video games that attempt to be new stories in their own right. It will be certainly curious how we will continue to try and be the superheroes or epic monsters we watch on the big screen in recent years, corresponding to how the video game market evolves and changes. 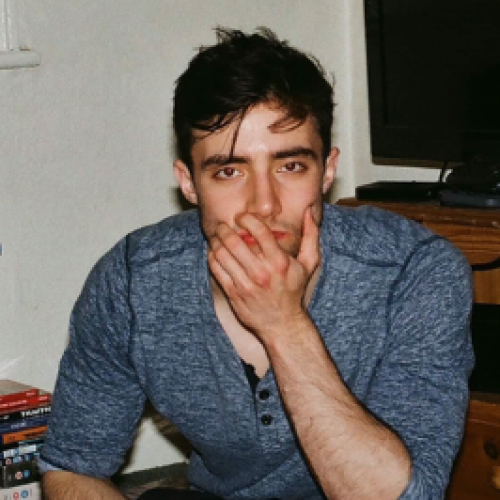