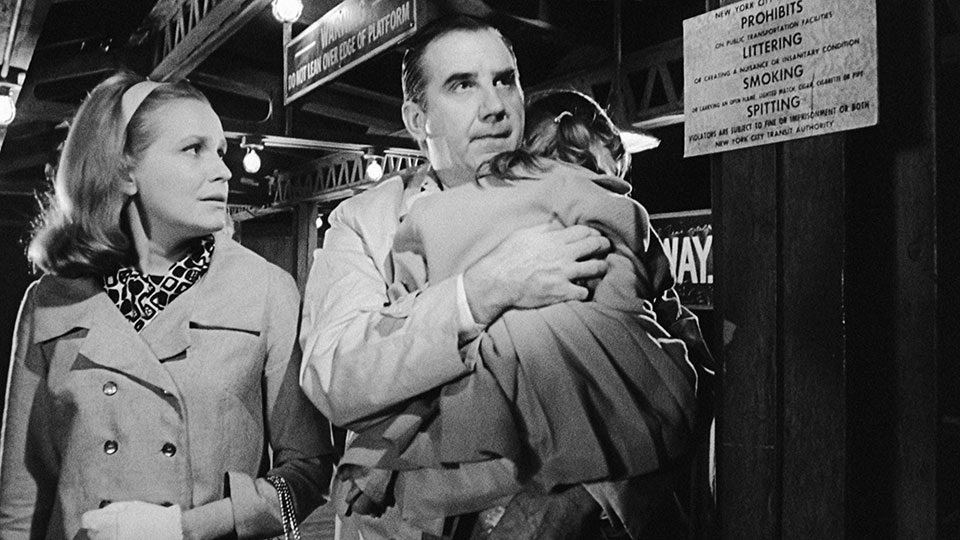 Eureka Entertainment to release The Incident, the raw and intense 1967 New York thriller featuring Martin Sheen, Tony Musante and an ensemble cast, making its worldwide debut on Blu-ray in a Dual Format (Blu-ray & DVD) edition as part of the Eureka Classics range from 12 August 2019.

A riveting urban tension thriller, and a fantastic snapshot of 1967 New York City in all its seedy, black-and-white glory, The Incident also features an iconic 60s cast that must be seen to be believed. Martin Sheen makes his feature film debut as one of two small-time hoods – the other is Tony Musante (The Bird with the Crystal Plumage) in one of his earliest roles – terrorising a subway car full of trapped passengers, portrayed by an ensemble cast including Thelma Ritter (Rear Window), Beau Bridges (The Fabulous Baker Boys), Ed McMahon, Donna Mills (Play Misty for Me), Jack Gilford (Save the Tiger), Brock Peters (To Kill a Mockingbird), Ruby Dee (A Raisin in the Sun), and a host of other instantly recognisable faces from NYC films and television of the era.

After mugging an old man for a few dollars, thugs Artie (Sheen) and Joe (Musante) hop a subway deep in the Bronx, and proceed to threaten and intimidate the Sunday night commuters all the way to Times Square. The terrified riders are a mixed group – an elderly Jewish couple, a family trying to protect their 5-year-old daughter, an alcoholic, two teens on a date, two military Privates, a bigoted African-American man and his wife, etc. – but they are united by their fear and sense of helplessness as switchblade-wielding Joe and Artie block the subway doors from opening at stops, and prevent the riders from leaving. Will any of them have the courage to confront the two maniacs?

A high-velocity “home invasion”-styled hostage drama on rails, The Incident is a NYC transit suspense film that precedes the better-known The Taking of Pelham One Two Three by seven years. When director Larry Peerce (Goodbye, Columbus) and cinematographer Gerald Hirschfeld (Young Frankenstein) were denied permission to shoot in the NYC subways, they did it anyway, using concealed cameras for some footage, providing a gritty time capsule of the 60s Big Apple as it begins to rot.

The Incident, a raw and intense New York thriller featuring Martin Sheen,
and Tony Musante, is released 12th August 2019 on Dual Format and can be purchased at https://amzn.to/2MGREz5.

To celebrate the release of The Incident, we’ve got 3 copies to give away. Enter below for a chance to win…

In this article:Eureka Entertainment, The Incident