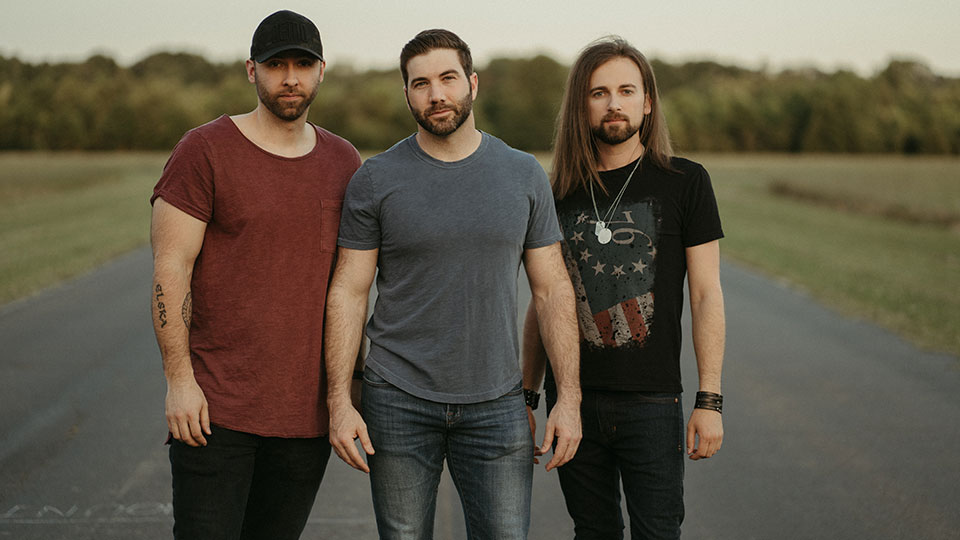 The track arrives ahead of the band’s appearances at The Long Road and Millport Festival this summer. Drive was written by lead singer Kyndon, guitar player Mark and Susie Brown, formerly of the JaneDear Girls).

It was co-produced by Michael Boris and Sean Spence and is currently at Country radio. The track will be available to download and stream from Friday 30th August 2019.

Driven by the band’s signature harmonies, Drive is described as being ‘geared with driving guitars, shredding fiddle and shimmering steel’ with the storyline painting ‘an image of a young love on board for an adventurous zero-to-one-hundred getaway’.

Drive is the follow-up to the group’s debut single ‘Til the Cows Come Home, which charted in the Top 40 on the MusicRow Country Breakout Chart.

The music video was shot in Lebanon, Tennessee and at Redneck Riviera in downtown Nashville.

Lockeland met in Nashville and were brought together by their love of life, humour and the mutual passion to create music that recalls pages from the past and captures memorable moments of the here and now.

The band has appeared on the CMA Spotlight Stage (CMA Fest 2019), opened for Big & Rich in Lebanon, Ohio and the Clay County Fair in Green Cove Springs, Florida, and is a NIMA nominee.

Advertisement. Scroll to continue reading.
In this article:Lockeland