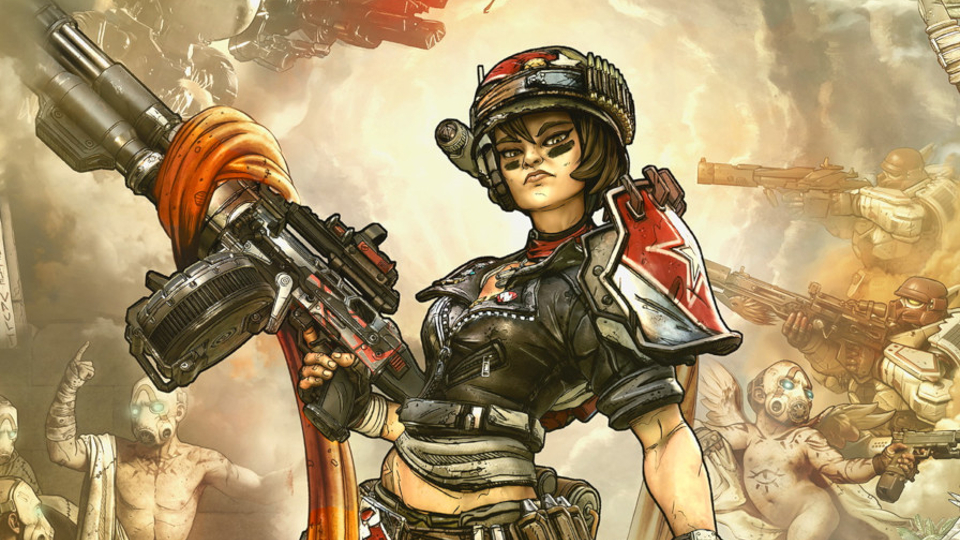 Moze is a new character to be introduced for the upcoming Borderlands 3. She joins 3 other new playable characters, Amara the Siren, Fl4k the Beastmaster and Zane Flynt. Moze is a former soldier from the Vladof army’s Ursa Corps, 2K games describe her as:

View the Moze the Gunner trailer below:

Rather than picking different action skills for Moze herself, the player will be able to choose the loadout of her mech, Iron Bear. You can choose 2 weapons which include a minigun, laser gun and grenade launcher. How you combine the weapons is up to you.

Moze will also have a co-op focused skill tree which will allow other players to climb on to Iron Bear and take control of its mounted turret. There are also perks that allow the mech to enter an automated mode where it will lay down covering fire whilst you get about the grisly work of taking down the enemy.

Borderlands 3 will be released on 13th September 2019.