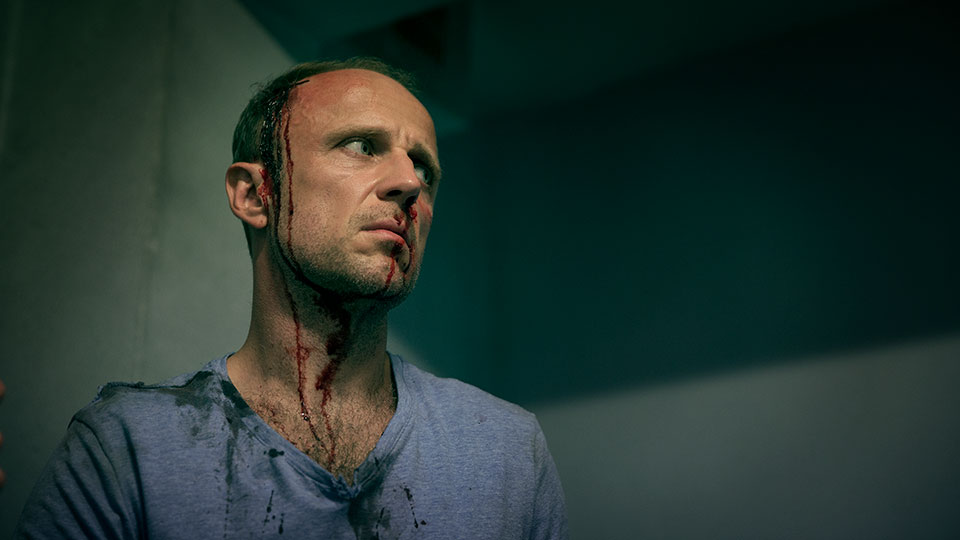 Walter Presents has given us exceptional drama from around the globe, but Poland – particularly given its size and cultural influence – has been a relatively quiet source. But The Teacher (Belfer in Polish) could become a bit of a cult classic on the strength of the first episode.

If you want to avoid all spoilers for Walter Presents: The Teacher, stop reading this article now.

Unsurprisingly given the title, the plot revolves around a teacher who secures a new job in a small provincial Polish town, having been a well-respected teacher at a private school in the city. His arrival coincides with the death of a young female student whose is found in the woods by three boys, one of whom was her boyfriend. Initial thoughts that she’d committed suicide are quickly dismissed as it becomes apparent from bruising on her body and restraint marks on her wrists that there was more to her death than thought at first.

The show stars Maciej Stuhr – a well-known actor in his native Poland and four-time nominee at the Polish Film Awards – as the teacher, Pawel Zawadzki. Pawel doesn’t get to say much, but you sense that beneath the surface is a poised and assured personality that you wouldn’t want to mess with. For some reason, I’m reminded of Lee Child’s Jack Reacher character – brooding, slightly menacing, but fundamentally good at heart. As the season develops, I sense there will be more to Pawel than the first episode presented – there’s clearly a back-story in there somewhere.

It’s an impressive opening gambit for a show that has a second season already under its belt; and talk of a third on its way. The characterisation, whilst occasionally cliched (the trio of school bullies are almost comic-book two dimensional), is generally considered and well-rounded. The plot is intriguing and well-scripted – I suspect we’ll be getting a few plot-twists and czerwone śledzie (red herrings, to the non-Polish speakers out there) as the series progresses.

I’ve a Polish friend who saw the series when it first aired in Poland in 2016. She really enjoyed it and the follow-up season, too. And she wasn’t alone – The Teacher was the all-time most viewed show on Canal+ in Poland; and won Best Fictional Series at the Polish Film Awards. And deservedly so, given what I’ve seen so far – this has really put Poland on the map for exciting crime drama.

If you enjoy Nordic Noir – the likes of Wallander, Beck, etc – this appears to have very similar production values and quality. It just needs an alliterative tag-name – Polish Procedural, perhaps? Okay, so it might not quite reach the dizzying heights of The Bridge or Borgen, but it’s a very worthy addition to the Walter Presents stable.

In this article:The Teacher, Walter Presents