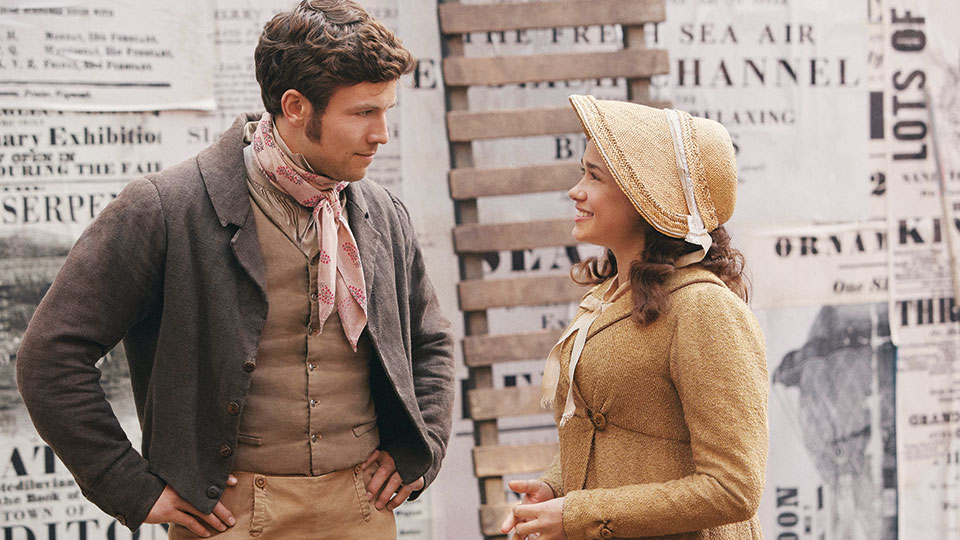 The 8-part series for ITV and Masterpiece, has been adapted by Emmy and BAFTA-winning screenwriter Andrew Davies (War & Peace, Les Misérables, Pride and Prejudice). Get your first-look at the eagerly anticipated series below:

Written only months before Austen’s death in 1817, Sanditon tells the story of the joyously impulsive, spirited and unconventional Charlotte Heywood (Rose Williams) and her spiky relationship with the humorous, charming (and slightly wild!) Sidney Parker (Theo James).

When a chance accident transports her from her rural hometown of Willingden to the would-be coastal resort of the eponymous title, it exposes Charlotte to the intrigues and dalliances of a seaside town on the make, and the characters whose fortunes depend on its commercial success.

The twists and turns of the plot, which takes viewers from the West Indies to the rotting alleys of London, exposes the hidden agendas of each character and sees Charlotte discover herself and ultimately find love.

Take a look at three newly released images in our gallery below:

The series producer is Georgina Lowe and it is directed by Olly Blackburn. BBC Studios is distributing the series internationally.