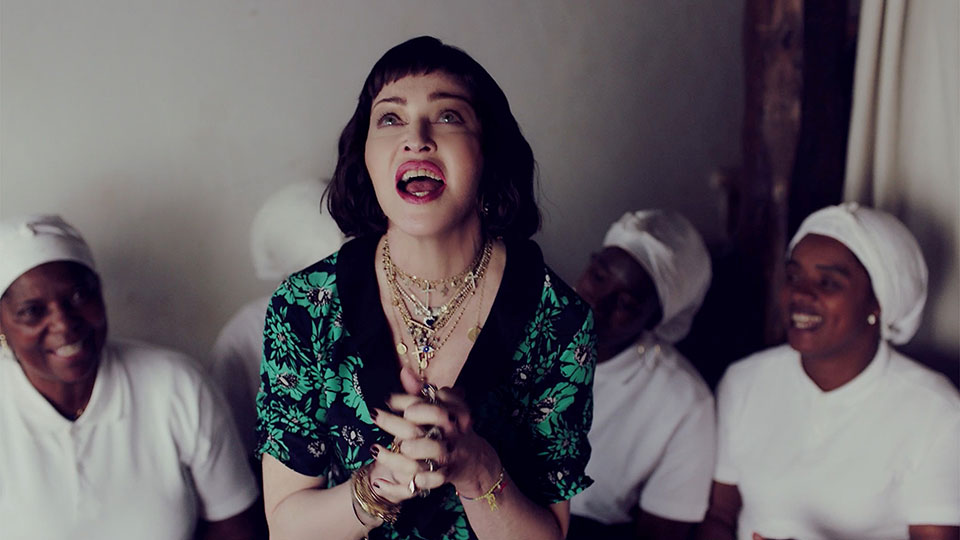 Madonna has released the music video for Batuka, directed by Emmanuel Adjei who collaborated with her on the Dark Ballet video.

The video features the all-female Orquestra Batukadeiras and was shot off the coast of Lisbon, Portugal. Watch the video below:

Batuka is inspired by Batuque, a style of music created by the women that originated from Cape Verde. Condemned by the church for what was considered an act of rebellion, the female slaves were then forbidden to drum. But the inspiring and powerful women continued their singing and dancing, and the Batuque lives on today.

While working on Madame X in Lisbon, where she currently resides, Madonna formed a bond with Dino d’Santiago, a Portuguese singer of Cape Verdean descent. He began to introduce her to other musicians, including the all-female Orquestra Batukadeiras, who are featured on Batuka.

Madonna says, “We went to a tiny club in the middle of nowhere and a circle of women were sitting in chairs playing leather drums. The music started and they all took turns singing solos in Creole and dancing. It was so inspiring that I asked if possible, to collaborate with them. They agreed and we ended up in the studio recording Batuka, this call-and-response song, live. It was a religious experience, just a total celebration of life.”

Batuka is the latest track to be given the visual treatment from Madonna’s latest album Madame X following God Control, Dark Ballet, Crave and Medellín.

Later this year Madonna will kick off her intimate Madame X tour starting at the BAM Howard Gilman Opera House in New York on 12th September. The tour arrives in the UK in early 2020.