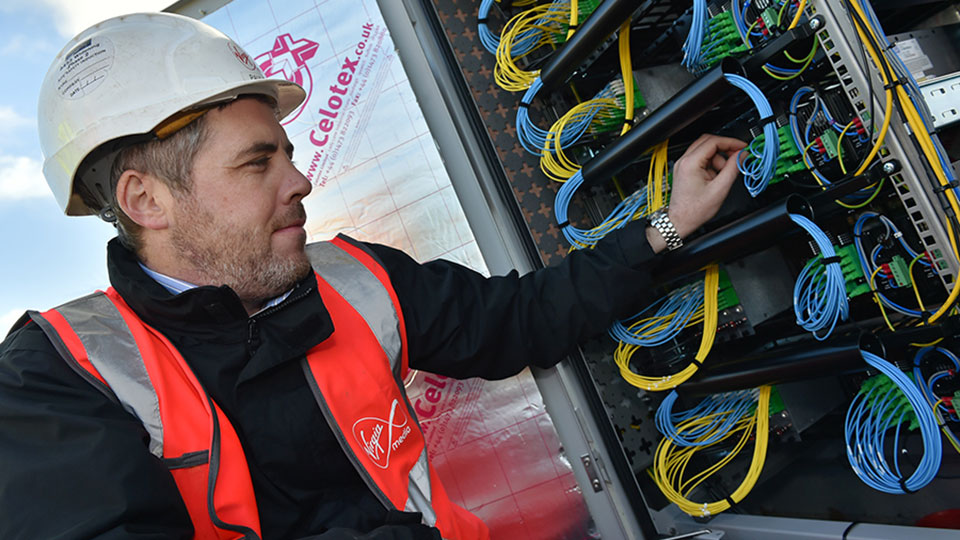 Virgin Media has announced plans to bring next-generation gigabit connections to its entire network by the end of 2021.

The plans will provide nearly 15 million UK households with access to gigabit broadband speeds, which represents a significant step towards delivering the Government’s ambition to make reliable, gigabit-capable connections widely available over the coming years.

The new service will be introduced in cities across Virgin Media’s national network later this year starting in Southampton. This means that more than a million people will be able to access broadband speeds of 1Gbps (1,000Mbps) by the end of 2019.

Virgin Media, through the backing of Liberty Global, has invested billions of pounds to expand its network and provide speed upgrades unmatched by other major providers, all while broadband usage has increased by almost 40% in the last year.

The company is now rolling out next-generation broadband technology, known as DOCSIS 3.1, across its cable network which will bring faster, more reliable broadband speeds to customers’ homes.

Lutz Schüler, Chief Executive Officer of Virgin Media, said: “This is a giant digital leap forward for the UK.

“Virgin Media has been the unparalleled speed leader for many years. Very soon, for the first time ever, millions of people right across the country will be able to experience hyperfast and reliable gigabit internet connections thanks to the latest technology and the power of our network.

“This upgrade plan will see gigabit speeds rolled out at an unrivalled pace right across the country, bringing our customers the future-proof connections of tomorrow.”

Sharon White, Ofcom Chief Executive, said: “We welcome Virgin Media’s commitment to investing further in its network, providing gigabit speeds to millions more households. This shows the race to roll out ultrafast speeds to people and businesses across the UK is really gathering pace.”

Selected Virgin Media customers are already trialling the new 1Gbps connection ahead of services going live later in the year. No changes to the line connecting the customer’s home are required to introduce services; trialists simply plug in a new router to benefit from the speeds.

Further details on the next Virgin Media gigacities as well as availability and pricing will be announced in the coming months.