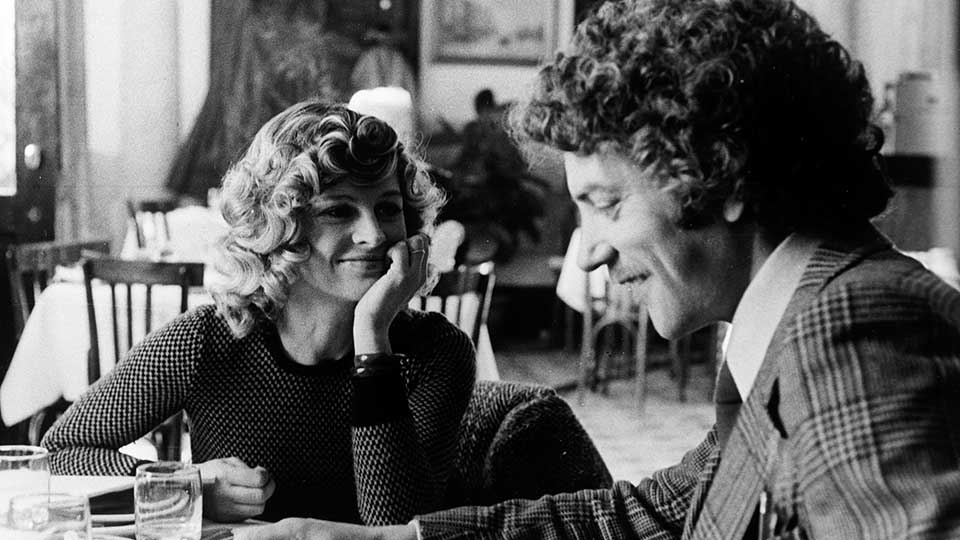 Nicholas Roeg’s seminal 1973 movie Don’t Look Now has been re-released on stunning 4K high definition as part of a 4-disc collector’s edition. Roeg’s masterpiece, based on a Daphne du Maurier story, teamed up Donald Sutherland and Julie Christie as the Baxters, a young married couple mourning for the tragic death of their daughter (spoiler, but it happens within the first five minutes and the aftermath is what the film is all about).

Moody and sombre, and mostly filmed in Venice, Don’t Look Now is a feast for the eyes but difficult to pigeonhole. Is it a ghost story? A psychological drama? A study of grief? A horror film? Perhaps all of the above, in parts. It’s certainly a captivating story about the different ways in which the parents deal with the trauma of grief. John Baxter (Sutherland) is offered a position restoring a church in Venice. Keen to move away from the family home in England for a fresh start abroad, he agrees. But while John throws himself into work, Christine (Christie) meets a couple of old sisters, one of whom is blind (Hilary Mason) and apparently gifted with second sight. She claims to be in contact with Laura, the Baxters’ dead daughter. John is sceptical and angry that the sisters are manipulating Christine, but his wife spends more and more time with them. At the same time, strange murders are occurring in Venice, adding a police presence and a heavy sense of unease.

There are a series of terrific clues in Don’t Look Now – there’s even a clue about how to read the movie in the ambiguous title, and it’s a film that rewards repeated viewings, even though the powerful climax is one that, once seen, you never forget. Look out for the prominence of the colour red, themes of broken glass and glistening water, and subtle throwaway lines such as, “Nothing is as it seems.” Much has been made of the love scene – raunchy for the time – but considering this is the first intimacy of a married couple since their daughter’s death, and it’s inter-spliced with snippets of mundanity as they get dressed and clean their teeth, it’s actually rather poignant.

Donald Sutherland and Julie Christie are perfectly cast as the Baxters, united by grief and love, torn apart by scepticism versus romanticism. One of them may have the gift of clairvoyance, but does not believe; the other doesn’t, and believes passionately. It’s a neat conflict to hang the film on. Clelia Matania and Hilary Mason are terrifically ambiguous – are they sweet old ladies trying to help a grieving young woman out of compassion, or do they have a sinister agenda and seek to manipulate a vulnerable mother? You’re kept guessing…

There are some breathtakingly brilliant moments of inspiration from Roeg. The use of slow motion as John attempts to save his drowned daughter, and later in the cafe when Christine collapses, is inspired. And the scene where John is left dangling by a rope in the church after an accident is a tense moment of high drama. As well as Nicholas Roeg’s peerless direction and the brilliant cast, Don’t Look Now is memorable for Pino Donaggio’s sumptuous and emotional score, which has full orchestral arrangement. The full score on CD is part of the package.

There has never been a better time to enjoy an undisputed classic of British cinema and mostly perfect movie than in this ultra-high-definition 4K version. Small details reveal themselves when watched in such clarity. As well as the film and soundtrack, there are two discs of extras. Interviews run from fifteen to twenty-five minutes, and include Pino Donaggio, Donald Sutherland, Allan Scott (screenwriter), Tony Richmond (cinematographer), Danny Boyle (the director is a fan of the movie) and a separate “Looking Back” feature. You’ll also find other features and an audio commentary from director Nicholas Roeg. The release also comes packaged with goodies including theatrical poster, art cards, explanatory booklet, press interview and script extracts.

This incredible collector’s edition Blu-ray is a loving, attentive and definitive release for a much-loved movie classic.

Watch the trailer below.