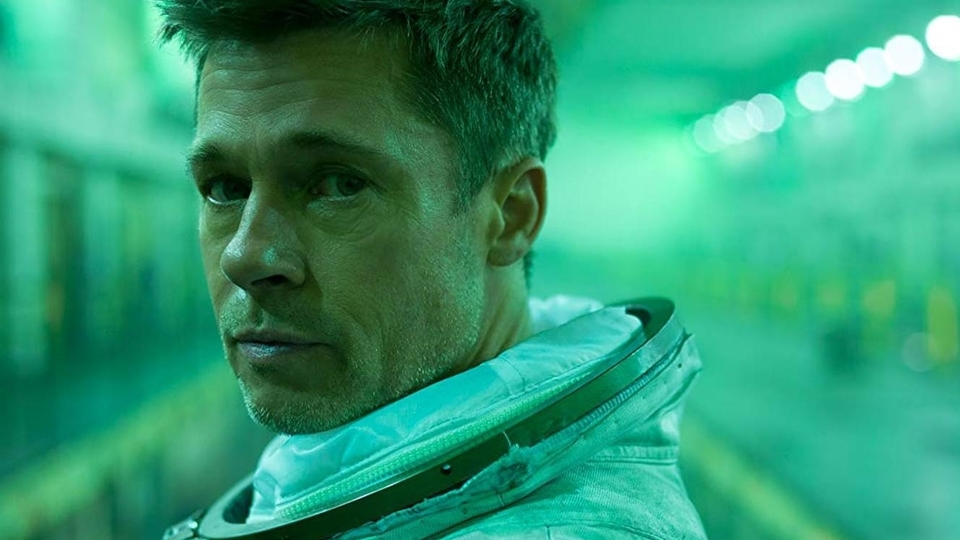 We’ve been lucky that in recent years we’ve had some quite outstanding modern sci-fi classics like Christopher Nolan’s Interstellar, Duncan Jones’ Moon and Damien Chazelle’s First Man. Director and co-scripter James Gray has delivered an absorbing, melancholic sensory experience with Ad Astra, with a script (co-penned by Ethan Gross) that takes you on a reflective journey. With an amazing leading performance from Brad Pitt and a narrative that keeps you guessing, Ad Astra easily joins that list of great science fiction stories that will be revisited for decades to come.

There’s a quiet beauty that surrounds every inch of James Gray’s masterful direction. Echoing sci-fi stalwarts from the past but coupling it with new and exciting technology means that this all feels very visually accessible. This allows the viewer to really engage with the story on its emotional layers, of which there are many, and it’s one of the most heartfelt cinema experiences you’ll have all year.

The story follows Major Roy McBride (Brad Pitt), a decorated military officer and astronaut who has dedicated his life to the pursuit of space exploration. He is following in the footsteps of his father Clifford McBride (Tommy Lee Jones), a legend and pioneer who travelled to the furthest reaches of the solar system before going missing on a mission when Roy was just a teenager.

In the not-too-distant future, Earth is experiencing energy flares that threaten the very existence of the planet. Called for a top secret mission, Roy McBride is told that his father might still be alive, and that he could be integral in stopping this from destroying our planet. So Roy begins a covert operation to travel to the furthest reaches of chartered space to find some answers on the disappearence of his father and how he connects up to this mission.

Brad Pitt can really do no wrong, and he’s as wonderful as you’d expect here. Giving the film a lead with so much emotional weight behind every expression and thought, Pitt hands in yet another stellar performance that showcases why he is one of the best actors of his generation. Coming off an impressive one-two punch of this and Quentin Tarantino’s Once Upon a Time in Hollywood, Pitt’s stock has never been higher and it’s due time for him to win an academy award now.

The supporting cast are great too with Tommy Lee Jones delivering a sobering, intense performance as a man driven by his calling. Ruth Negga hands in a great cameo and if anything, should have been used much more. It’s always nice to see Liv Tyler on the big screen, and there are great short scenes with John Ortiz and John Finn too. Donald Sutherland shares some wonderful scenes with Pitt and their brief but integral exchanges are a joy to watch.

The film is unpredictable and that’s such a welcome thing to experience, especially when dealing with movies set in Space. There’s an argument that the finale perhaps loses some of the intense momentum built up throughout the film, but it’s a matter of personal preference. The film manages to cultivate a narrative that happily shifts tones to keep the audience on the edge of their seat. The film opens with a breath-taking aerial sequence, there’s an exhilarating lunar car chase and a quite frightening incident on a mayday call-out to a distressed vessel that really gets the blood pumping. But these scenes aside, this is still a quiet, reflective film that explores life’s bigger questions and doesn’t feel the need to flood its narrative with big-budget spectacle. That’s a very welcome thing and it gets the balance right.

Seeing the film in IMAX is a revelatory experience. The visuals are simply stunning and look unparalleled in the format. I love IMAX and what it can deliver to a movie-going experience. Ad Astra is a film full of artistic endeavour that looks amazing on the big screen. The action set-pieces are as absorbing as you can imagine on such a screen but it’s the quieter moments of contemplation within the story really benefit from IMAX. The vastness of space is projected onto such an immersive screen experience that you can’t help but feel what Brad Pitt feels, and it helps the narrative to no end. James Gray is an auteur, and Ad Astra is full of screenshot moments of beauty that really pop onscreen, be it the stark darkness of the Moon or the vivid red hues of Mars. If you can afford the uplift then IMAX is the perfect way to experience Ad Astra.

Ad Astra is a wonderful cinematic experience that really captures your heart. Brad Pitt’s narration throughout the film leaves you emotionally invested in a story of sadness and hope, and of a pursuit for meaning in life. Coupled with an amazing ensemble and some breath-taking visuals, Ad Astra is an utter joy from start to finish and a film that deserves your time and attention.