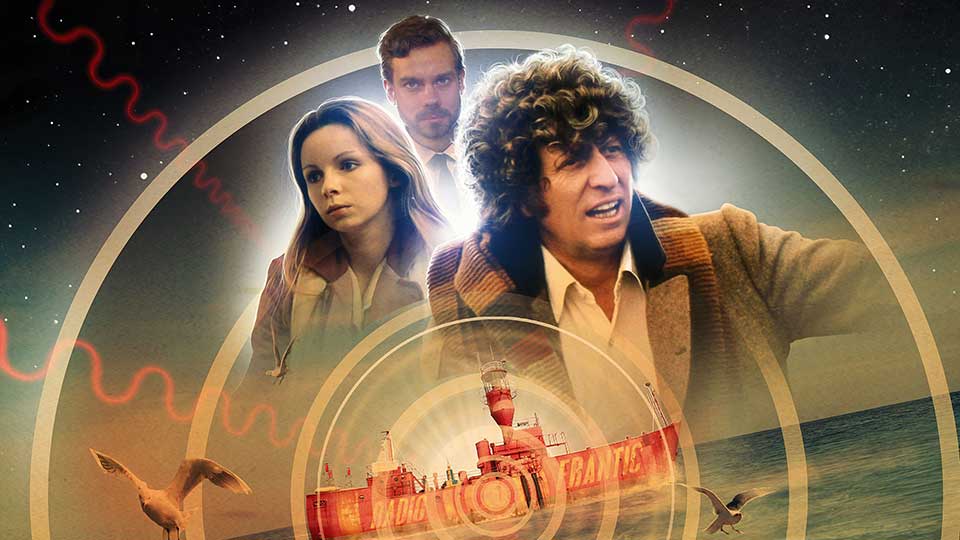 A special vinyl release from Demon Music Group is coming for fans of classic Doctor Who. Wave of Destruction pairs up Tom Baker and Lalla Ward as the Fourth Doctor and Romana. They were reunited in 2016 to record it, having previously worked together on Doctor Who and even briefly been married in the late 1970s and early 1980s. This release follows in the footsteps of previous sell-out Big Finish Productions.

Supermarket giant Sainsbury’s will hold the exclusive rights to sell Doctor Who – Wave of Destruction on vinyl. It will be available from stores on 2nd August, so fans don’t have long to wait. It will be released as a Limited Edition run of 1500 copies on ‘ocean swirl’ vinyl – only available in the UK.

The adventure also stars John Leeson, the voice of K9. It pits the TARDIS crew against their old enemy the Vardans (from 1977’s The Invasion of Time).

Of this special vinyl release, Lalla Ward said: “Recording Wave of Destruction was an absolute delight and I’m very pleased that we’ve made it onto a record. Romana is used to running circles around the Doctor so she’ll be right at home on the turntable.”

Wave of Destruction, written by Justin Richards, is the first story of the fifth series of The Fourth Doctor Adventures, produced by Big Finish Productions. It is set in 1960s London, which faces an alien invasion.