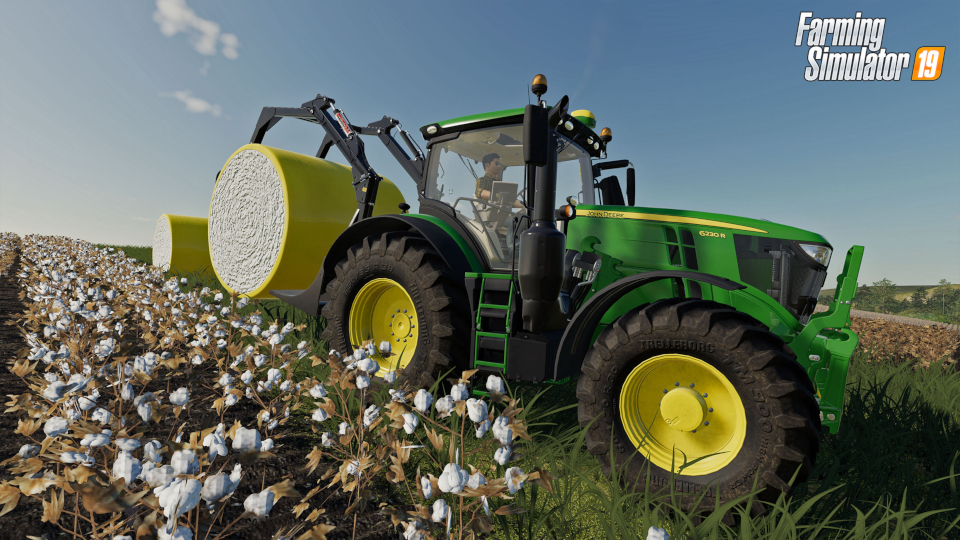 Regardless of your thoughts on Farming Simulator 19, you can’t ignore the fact that its sold over one million copies and counting, it’s entering the world of e-sports with a surprisingly exciting version of the game and the single-player game keeps receiving updates. GIANTS Software are doing a great job of keeping the game alive and kicking.

The latest DLC is the John Deere Cotton DLC pack. This new official extension includes a brand new vehicle from famous farming brand John Deere, which made its debut in Farming Simulator 19, the CP690 Cotton Picker.

Also included in this pack are six cotton-related pieces of equipment for use with this new vehicle, from the McCormack Industries and Lizard brands. They also introduce another Farming Simulator first with round bales for cotton.

This DLC will be available July 23rd on PlayStation 4, Xbox One, PC and Mac. Season Pass owners on PS4 and Xbox One are able to download the John Deere Cotton DLC from their consoles as part of the Season Pass. If you are a new PS4 or Xbox One player, you are able to get the John Deere Cotton DLC as a digital bundle offer, along with all other DLCs included in the Season Pass, by purchasing the Farming Simulator 19 Premium Edition.

View some John Deere DLC screenshots in our gallery below: