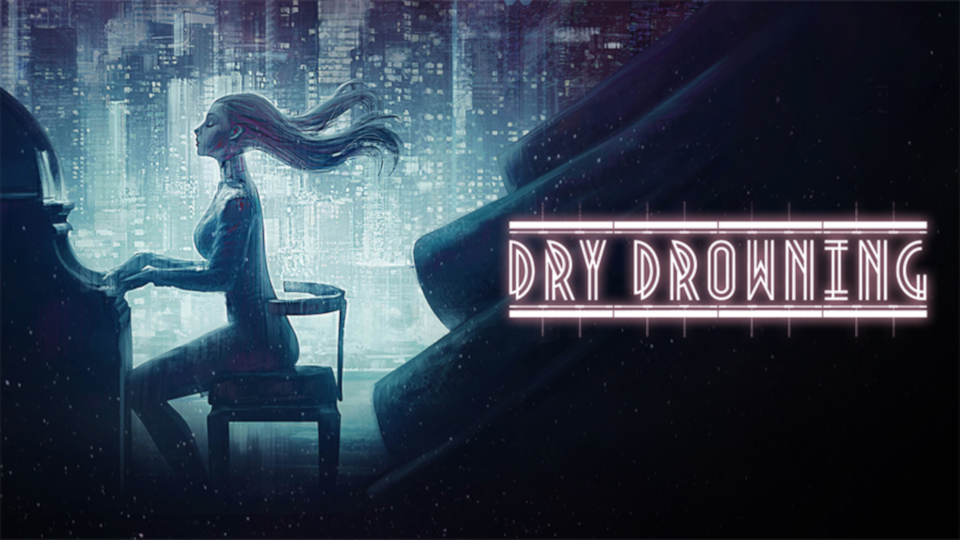 Dry Drowning from Studio V is a story driven game presented in the form of a visual novel. Players take on the role of Mordred Foley – a much maligned private detective – and his mission to lift the lid on a serial killer taking out targets in a dystopian future. Saddled by a dark past of his own, Foley’s world is one gripped by tyranny, where the hunger for power at the top results in a society sinking to the absolute bottom.

“The city of Nova Polemos is one where the old rules of right and wrong simply don’t apply,” offers VLG Director Daniele Falcone of the game’s fictional homestead. “From the moment Dry Drowning starts, the player is going to feel uncomfortable. Uncomfortable taking on the role of a man who doesn’t appear to represent your typical hero, uncomfortable investigating a murder and defending a suspect who is anything but an ally, and uncomfortable existing in a world where the usual rules of life simply don’t apply. It’s a unique combination we think will grip any player who appreciates a good story well told.”

Having watched the trailer, the game looks dark and gritty and could make a nice change from almost every other game out there. Promising a script sharper than your average Netflix serial, 150+ story branches and three different endings this could be a truly gripping story.

For more information head to the Dry Drowning Steam page.

Dry Drowning will also be released on Xbox One sometime in 2020.