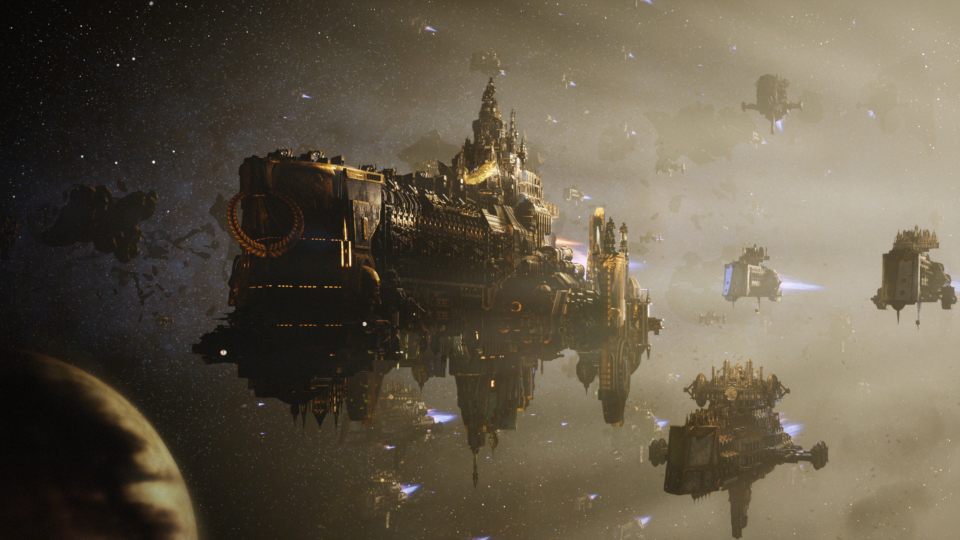 Battlefleet Gothic: Armada 2 is a real-time strategy game set in the Warhammer 40,000 universe. It offers brilliant space battles full of tactical depth, a turn-based campaign and all of the spacey nonsense you would expect from a Warhammer 40,000 game. Lots of games have been set in this universe but few manage to get it right. Armada 2 gets it right in spades.

At launch, you could choose to play as the Imperium, Tyranids or Necrons. Recently the eagerly anticipated Chaos has been added as a playable faction. Each faction has its own distinct playstyle, strengths and weaknesses and their own campaign. I’m a bit boring and have always been a fan of the Space Marines so it was the Imperium for me all day!

The campaign plays out on a star map of the local galaxy. Here you can use the planets you’ve already captured to build new space ships, upgrade defences and move your fleets around. It’s not massively in depth but does mean there are consequences should you lose territory to the enemy. It also takes a bit of getting used to and can seem complicated at first but if you stick at it for a while you’ll get the hang of it.

Where the game truly shines is in the battles themselves. They play out over 2D maps which feel large in scope. Most battles are pretty standard and require you to capture various points on the map whilst trying to take out the enemy fleet. There are loads of tactical options available and they vary between factions. When combat is joined you can choose which areas of an enemy ship to concentrate fire on such as shields, engines or weapons. Each destroyed area will impact the enemies ability to fight back in different ways.

All of the ships at your control feel distinct from each other and you’ll have to take the time to get to know your fleet to truly get the best out of them. To begin with, you’ll doubtlessly just charge headlong into the fray as you get to know your ships but pretty soon you’ll be using daring warp jumps to surprise your enemies, completing boarding actions and utilising your ship’s special skills.

Thankfully, there are lots of tools available to help you manage the chaos of battle. You can set a priority list for the enemy ships and your fleet will happily work its way down the list on its own. You can also set the range at what you want your ships to keep from the enemy. These tools keep you free to manage other aspects such as special manoeuvres or certain weapons that require you to manually line up your shots.

I loved a lot about the game but, perhaps weirdly, the thing I found most satisfying is the sound. I loved the mechanical thumps and clangs as torpedoes were fired and reloaded. I loved how the ships themselves sound and was surprised at how much this elevated my experience.

To sum up Battlefleet Gothic: Armada 2 is a brilliant space-themed RTS. The combat is consistently good and offers a crazy amount of tactical options. The campaign map gives each battle consequences and the different playable races mean there are plenty of reasons to keep coming back and that’s before you get involved in the multiplayer modes. If you’re looking for a great Warhammer 40,000 game and love RTS games then this is for you.

Battlefleet Gothic: Armada 2 was reviewed using a digital code supplied by the publisher.

View some more Battlefleet Gothic: Armada 2 screenshots in our gallery below: