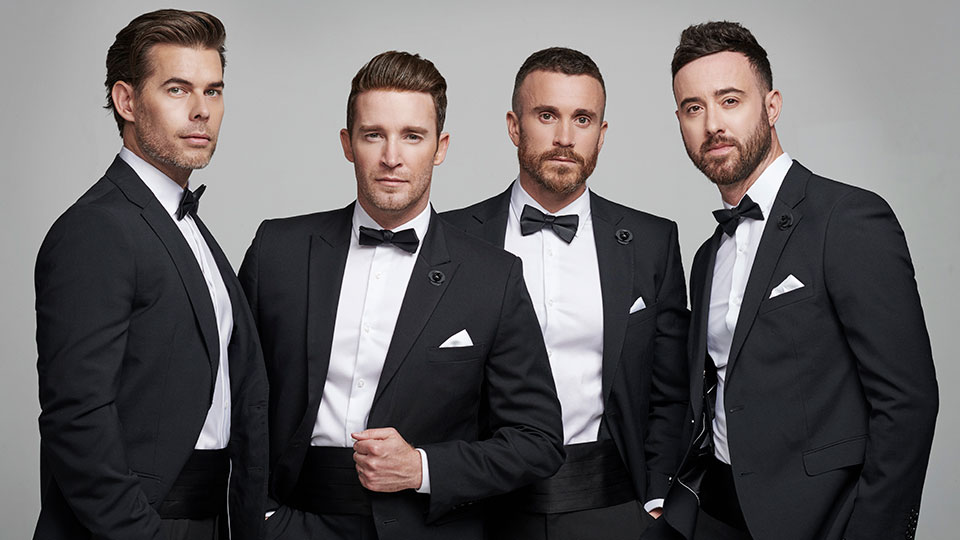 The Overtones have announced that former X-Factor star Jay James has joined the band.

Jay joins original members Darren Everest, Mike Crawshaw and Mark Franks and will be heading out on tour with the band this December. It will be the first tour without former member Lockie Chapman, who left the band earlier this year.

A former Royal Navy serviceman, Jay rose to fame when he was mentored by Simon Cowell on The X-Factor in 2014.

“We met Jay 9 years ago when we all performed on the charity record (Songs To Save A Life) for The Samaritans, and our paths continuously crossed over the years” explains Darren Everest. “When we thought about a new member joining the band he was the first, and only, name that came to mind. Everything about Jay says ‘Overtone’. He has a classic style and is inspired by the same great artists as we all are. Jay has fitted in seamlessly and we can’t wait to push on and get to work.”

Speaking about joining The Overtones Jay says “I’ve known the boys and been a fan for many years now and it has always been clear what they were all about – making great, timeless music, putting on incredible shows and enjoying life! Over the years that has never changed. I’ve been blessed to support them on a number of occasions, and I’ve witnessed the joy they bring and felt the warmth of some of the best fans I’ve ever met. To now join the group is absolute magic and I cannot wait to stand beside Darren, Mike & Mark in creating some more brilliant nights & continuing to make people smile, sing and dance for many moons to come!

The new line-up has unveiled their first track, a cover of Earth Wind & Fire’s September, which is out now to stream and download.

The Overtones will take to the road this December for their annual Christmas tour.

“We will be performing classic songs from yesteryear, favourites from our albums and plenty of surprises” says Mike Crawshaw. “Over the last 10 years we’ve learnt a thing or two about throwing a Christmas party! People come to our shows to let their hair down, get their spirits up and dance their hearts out. We want everyone to leave an Overtones concert with a huge smile on their face and a spring in their step. This year will be our best tour yet!”

The dates for the tour are:

Tickets go on general sale Friday July 10th, 2019 at 10am from gigsandtours.com.

In this article:Jay James, The Overtones