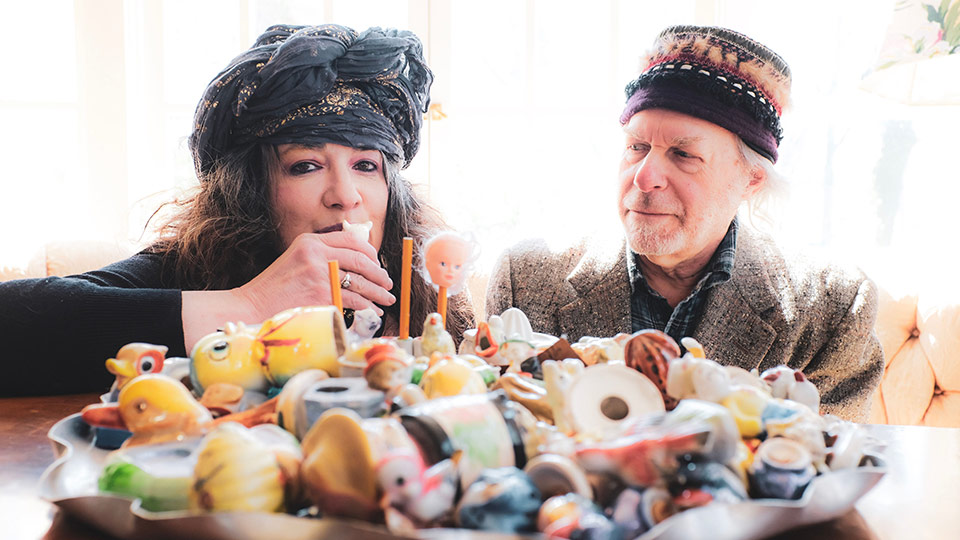 Husband and wife duo Buddy and Julie Miller released their self-titled debut album back in 2001. The two met through music having played in various bands before marrying in 1981. They went on to release a number of solo records each, and Buddy became involved in the music for the TV show Nashville. The duo hasn’t released an album together in a decade, in part due to their busy schedules and Julie’s battle with ill health. Buddy and Julie recently released their third collaborative album Breakdown on 20th Ave South.

For Breakdown on 20th Ave South, Julie wrote 50-60 songs in the process of making the record. With Buddy busy with work, Julie channelled her energy into writing, which also allowed her to air her frustrations with Buddy’s constant putting off of them working together again. Julie’s feelings are clear throughout the record but particularly on the plain spoke I’m Gonna Make You Love Me, where she attempts to grab Buddy’s attention away from his other commitments to focus solely on her.

The album opens with the title track and you know immediately that you’re in the company of two seasoned pros. The musical arrangements are tight and the chemistry between Buddy and Julie is clear. The Americana twang of Breakdown on 20th Ave South is stirring and attention-grabbing as Julie’s distinctive tone dominates the track. Buddy provides a huskier harmony vocal, evening out the higher pitch of Julie’s voice.

The album’s first highlight is Everything is Your Fault. It’s one of the album’s more stripped-down moments but it’s perhaps one of the boldest. Julie sings about feeling invisible and not being heard in her relationship, lyrics that can’t have been the easiest for Buddy to hear. Elsewhere on the record Till the Stardust Comes Again is a magical little moment that’s pretty gorgeous, Spittin’ on Fire has a darker edge with Buddy taking more of a lead vocally, and Thoughts at 2am is an acoustic-ballad that really showcases the musical connection Buddy and Julie have.

Storm of Kisses brings the album to a close as a gentle banjo riff drives the melody. It’s a moment of calm and beauty, and a song I can imagine sounding really fantastic live. The lyrics are emotive as the duo sing about loss and not having said goodbye to an important person in their lives.

Breakdown on 20th Ave South is one of those albums that will take a little while to get into. You need to really listen to the words of the songs and unpack the stories behind them, to truly appreciate them. This isn’t an album you can enjoy passively and some people may not have the attention span to give it the time it deserves. Trust us, it’s worth sticking with and allowing yourself to take the time to have a deep dive.