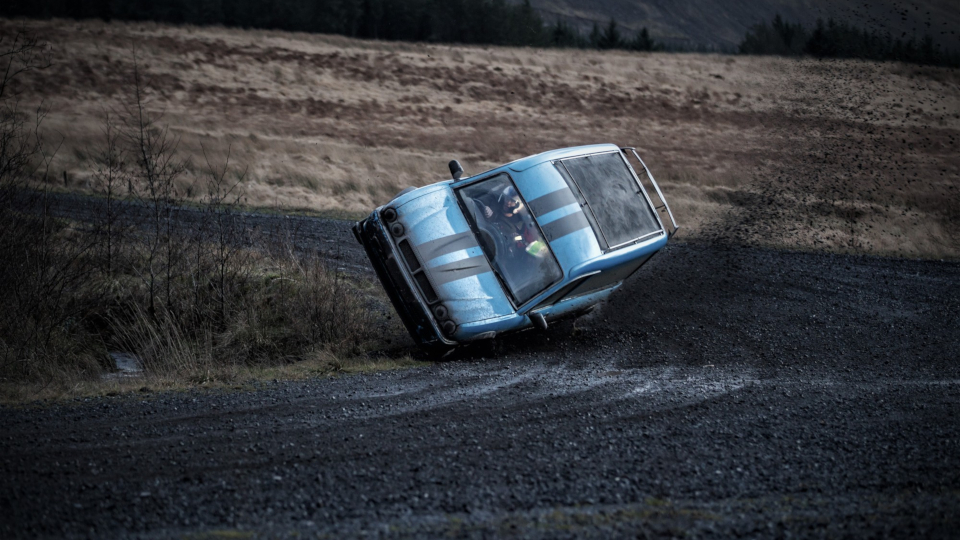 Ok, I’m sold on the new line-up of presenters in this series of Top Gear. Freddie, Paddy and Chris make a great combination and seem to genuinely have fun working together. This seemingly natural chemistry makes them a joy to watch.

The hearse was first put through two ‘typically normal’ challenges. First up was the race for the last parking space in the car park which essentially became a drag race between the presenters and a random appearance from Damon Hill. The second challenge was filling the boot with as much stuff as possible (including old ladies) and given the size of the hearse this was an easy win, especially as the boys decided to sabotage Chris’ attempt and ended up locking him in the hearse.

Freddie and Chris were quite impressed despite their dubious opinion at the start. As a treat for Paddy, they took the hearse away for a few days to improve it. It returned complete with an onboard ball pit, vacuum cleaner, tuck shop, a new engine and a new paint job. Oh, and the hearse had a new name, the Overtaker.

Next was a time trial on a beach track vs an AMG Mercedes (driven by the Stig) estate which despite losing the boys counted as a moral victory given that the Merc costs over £100,000 and the hearse a mere £1300. Next, we saw an offroad challenge where the boys had to race the Stig in a Landrover Discovery across a valley to the top of a mountain. This ended rather badly with the hearse upside down and seemingly out of action for good.

Despite the crash, there was one more event to go. Somehow Freddie and Chris got the hearse going again and the poor machine was entered into a banger race. Sabine featured here and was tasked with taking the hearse out which she did with a gleeful smile on her face throughout.

This weeks celebrity guests were Mike and Zara Tindall and they both put in cracking laps around the Top Gear track. The interview part here seemed to be cut very short and if I’m honest felt a bit like a waste of time.

Out on the track Chris put the Dallara Stradale through its paces and delivered a blistering time.

This was a great episode that had me grinning from the start and I can’t wait for next Sunday to roll around so I can catch the next episode.