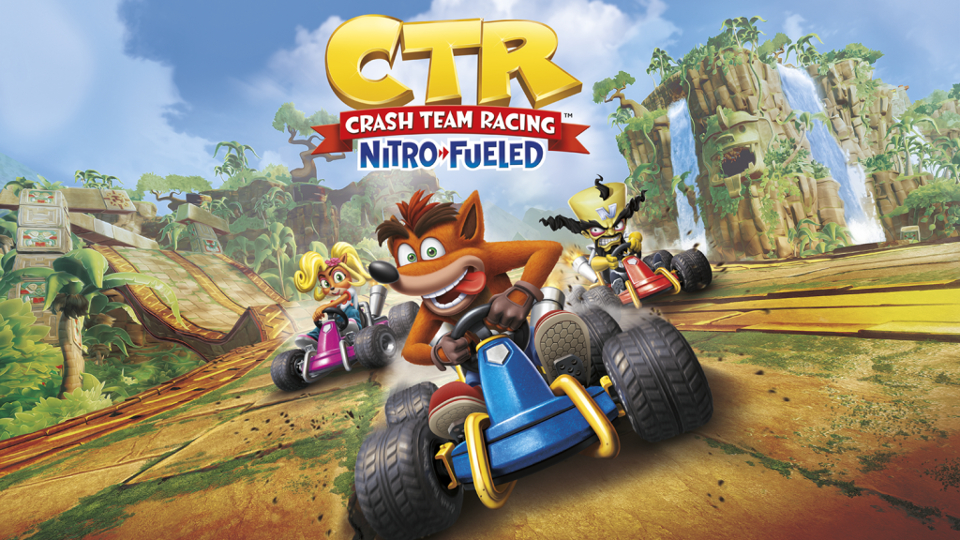 If you’ve got a firm foothold into the golden PlayStation Era, then there’s a solid chance Crash Team Racing came up on your radar. Released in September 1999, almost twenty years have passed since this cult-favourite drove onto the market. With such a loyal following, and the recent great success of Crash Bandicoot N. Sane Trilogy, developer Beenox has taken this kart classic and put it to the next level. Spoiler alert: it’s fantastic.

You’ll have a few different ways to tackle Crash Team Racing: Nitro-Fueled, beginning with the option to play Adventure Mode. Anyone here remember Diddy Kong Racing? Well, for the 90’s kids that didn’t happen to rent it out: adventure mode is sort of like an open world-ish drive about. You can pick your next race at your own discretion, or just mill about driving in the areas. Each area has a handful of races to complete to open a boss race. Beat the boss race and unlock the next area and the boss itself to play. Tidy!

There’s a couple of different modes within the Adventure Mode courses themselves. You can race to get a Crash Token (find all three for the prize!), try to race time itself for a relic, or simply come in first for the trophy. Side bits like crystal challenges are lurking around the place–make sure you’re kart controlling chops are up to par before taking these on!

If you’re not really in an Adventure Mode mood, you can always try your hand at the classic Grand Prix set-up. Pick a set of four courses and accumulate points from your finishing positions and snag some Wumpa Coins. Time Trials will have you biting to beat the ghost and of course, everyone who had a sibling growing ups favourite: Battle. Local multiplayer starts up without any fuss whatsoever. Split screen, no loops or hoops to jump through and you’re good to go! Online multiplayer did have a bit of a rocky release, but with the help of patches, Beenox is working around the clock to get the karts running smooth on the tracks.

View some before and after shots in our gallery:

The effects implemented are astounding and really something to take in. As you drive through the different courses, you’ll have a fine range of terrain to traverse from mud to snow. The wonderful attention to detail will kick up whatever your kart drives over, painting the tyres the colour of the ground beneath you and leaving a little cloud behind. It’s this kind of stuff that really puts it to the next level and displays how much care was put into every part of designing Crash Team Racing graphically. Everything can be compared side to side as well; pound for pound it’s a direct and flashy update of it’s 1999 counterpart with all the goodness of 2019 injected in.

Another wonderful feature is the updated animations. The character models are already outstanding in detail, but where the PlayStation One didn’t have the capacity to animate the characters themselves, Crash Team Racing: Nitro-Fueled delivers massive personalities to the whole roster. No more looking at your racer like it’s a painting on a wall–we’ve got fluid, natural looking animations for everyone and everything.

Let’s talk about the unlockables. Everyone loves a little incentive to work a bit harder, right? Crash Team Racing will give you skins, characters and everything your heart could desire to customise your quirky little kart. As the roster itself is so large, there’s an awful lot to work for. A couple tidbits I really enjoyed about the unlockables: you can hover over anything that’s locked and see what it looks like. This is an AMAZING feature. It doesn’t take away anything from wanting it either, and if anything makes you want it more. Bravo to whomever made that decision!

In addition to racing in Adventure Mode to unlock characters and parts, you’ll have to really make your way across the board to sweep it all in. This means Time Trials, Relic races, and everything in between. Completing races will earn you Wumpa Coins, which in turn can be spent in the Pit Stop store. No crazy real money micro transactions–everything is within your reach. You’ll have to grind a bit to get some of the bigger items, but it’s all up to you to earn those Wumpa Coins!

Will you be confused as to how to go about unlocking certain items? Absolutely not! This is the other seriously fantastic feature that I love: when you hover over the locked item, it SHOWS you WHERE to get it–what you have to do in order to take the prize home! No guessing, and you can properly train to conquer whatever challenge you face. Crash Team Racing: Nitro-Fueled sets the bar high for how wonderfully done the unlockable situation is handled.

Difficulty settings. Now this is a game that does it right. Playing on easy will give you a casual experience all around. This is a great setting to familiarize yourself with everything around you; how the AI works, the courses themselves and how your character plays. As there’s a sub-difficulty level on each character (Stats are different for everyone, but categorised by beginner, intermediate, etc.), which tailors your time driving even further. Of course, difficulty will increase, even in easy mode, the more you progress through Adventure Mode, or the trickier the course you pick–but it’s not a deal breaker, and there’s no outrageous jumps to impossible here. There’s a natural progression of climbing the ladder to more challenging settings, and chances are you’ll find yourself WANTING to up the difficulty as you get a bit more comfortable all around. The AI will give you a relaxed go at first, but crank it up and you’ll find yourself really clawing to that finish line. I was really impressed at the balancing of the difficulties with both the setting, courses and individual racers. It truly makes Crash Team Racing: Nitro-Fueled a game that anyone can enjoy.

We’re not just riding the coattails of nostalgia here. Crash Team Racing is genuinely a great game and certainly stands on it’s own merits. There’s so much more to say about it–but I honestly want you to enjoy it all firsthand! It’s stunning to look at, the karts handle like a dream and everything in between is such icing on top of an already amazing cake. It’s easy enough to win a race, but the desire to master your kart will keep you in the driver’s seat for a long time to come. As I write this, I kind of just wanna bunk off and go play a race. I can’t recommend it enough any which way I look at it and don’t say this lightly: Crash Team Racing: Nitro-Fueled is a top contender for best kart game of all time. Wumpas down.