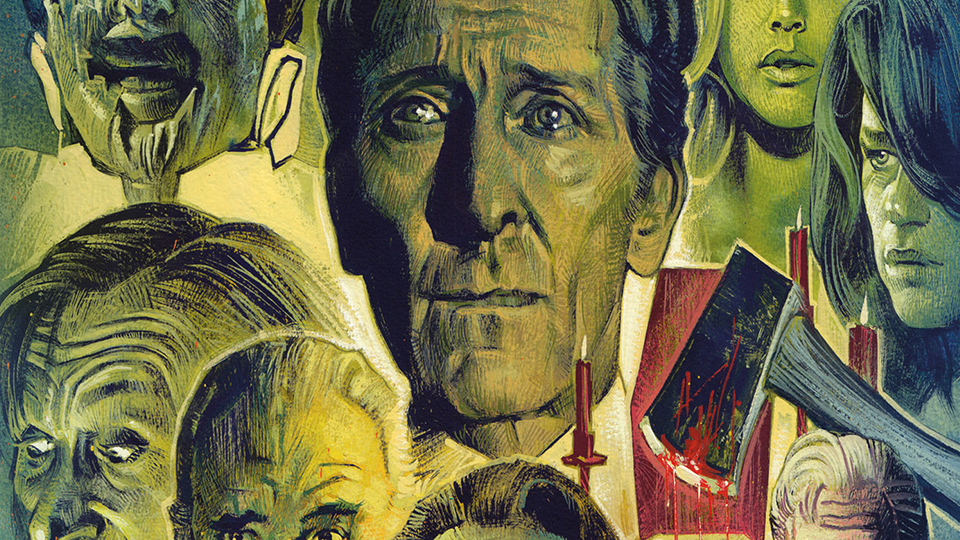 Archive horror fans will be hotly anticipating this release, which stars a stellar cast. It will be presented in stunning rigid slipcase packaging featuring new artwork by Graham Humphreys, and a 40-page booklet with new essays by Allan Bryce, Jon Towlson and Kat Ellinger, not to mention a whole host of special features including director commentaries and featurettes, it will available from 29th July 2019.

When Doctor Martin (Robert Powell – The Italian Job, The Thirty Nine Steps) arrives for a job interview at a secluded asylum for the incurably insane, he must prove himself by listening to the macabre tales of four inmates to determine which is the former head of the asylum who experienced a breakdown. We join him on the investigation with these hair-raising horrors.

We start with Frozen Fear, which stars Barbara Parkins (Valley of the Dolls, Peyton Place) as Bonnie, who recounts her plot to murder her lover’s wife, whose talent for voodoo results in horrific repercussions after her dead body is dismembered.

Legend of horror Peter Cushing (The Horror of Dracula, Star Wars) features as a client of The Weird Tailor, who requests a suit to be made of a mysterious scintillating fabric in order to reanimate his dead son.

Charlotte Rampling (Never Let Me Go, The Night Porter) and Britt Ekland (The Man with the Golden Gun, Wicker Man) star in Lucy Comes to Stay as the ebullient Barbara, a frequent Asylum patient, and her mischievous friend Lucy whose visit upsets the fragile equilibrium in her mind.

It all comes to a head in Mannikins of Horror as Dr Byron (Herbert Lom – The Phantom of the Opera, Spartacus) transfers his soul into an automaton and is determined to kill Dr Rutherford (Patrick Magee – A Clockwork Orange, Chariots of Fire) but who is really in danger?

Experience the chilling and thrilling compendium of terror Asylum in this Limited Edition Blu-ray box set from 29th July.

The House that Dripped Blood coming to Blu-ray