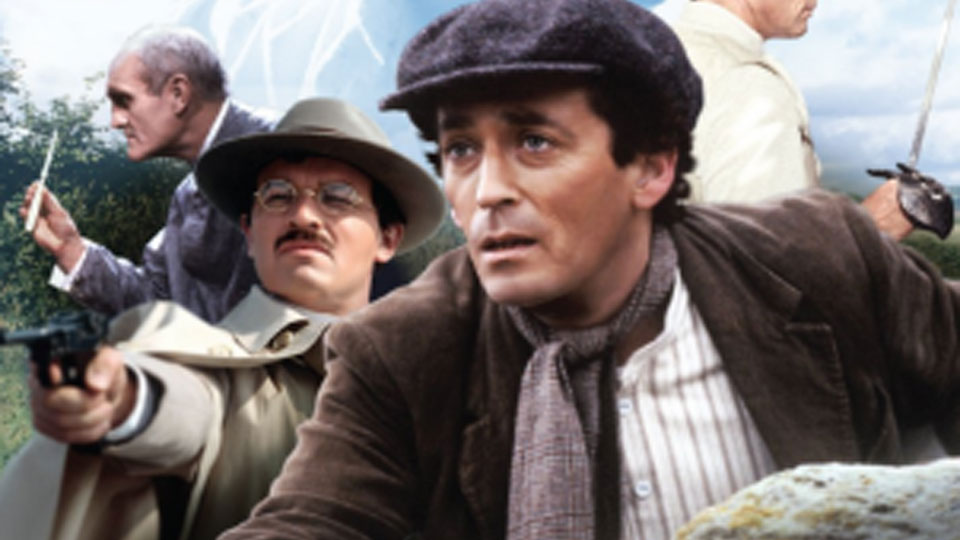 Robert Powell played Edwardian adventurer Richard Hannay in an adaptation of John Buchan’s The Thirty-Nine Steps in the 1970s. Although not a patch on Alfred Hitchcock’s movie version, it nevertheless had merit, and from Doomwatch to Jesus of Nazareth, Powell had established himself as a great British leading man and international star. He made the role of Richard Hannay his own.

It was a role he would return to the following decade. This series, made in the late 1980s, sees Powell reprising the role for the small screen. They say you should never go back, and whilst not universally true, in many instances it has a certain wisdom.

Hannay isn’t a complete write-off, but it’s obvious immediately from the cliche-ridden title sequence and indifferent theme tune (Powell looks thoughtful on a bridge; cut to stock footage of a distracting bird of prey) that this isn’t the best series ever conceived.

Then there’s the problem that it’s shot entirely on tape, even for the outside location work. There’s no getting away from it: taped drama always looks cheap. A series like Sapphire and Steel gets away with one or two sets by having a minimal cast and opting for a tense, claustrophobic atmosphere. That’s the perfect cheap production! Hannay can’t reach for the same ideology because the stories want to aspire to international espionage conveying increasing tensions between the UK and Germany as the threat of war grows. It’s hard to do that convincingly with a small cast and few sets. Hard, but not impossible. For the most part though, Hannay plods along never quite being outright terrible but never being much good either.

The selling point is Robert Powell, and there’s no doubting that he’s a fine and charismatic actor, and he does his best to enliven the material and create some memorable drama. Fans of Powell will find much to enjoy. Naturally, for a mainstream television drama, individual episodes attract a good calibre of guest actors. You’ll find the likes of Charles Gray, Denis Lill, Edward de Souza and Martin Clunes making appearances.

The themes of the episodes vary from the troublesome political scene as Europe faces war, to smaller domestic issues. Unsurprisingly, the latter are stronger by having more focus and less strain on the budget. Hannay is up to his neck in water in the first episode facing Count von Schwabing, the nefarious German who becomes a recurring villain, but in the second he takes an unexpected weekend at a country house with a young woman he meets on the train. It’s the second that is the more plausible, and as the series progresses it’s generally the smaller-scale adventures that are favoured.

The late 1980s was the last gasp for this style of television drama, and it would have felt tired at the time. Hannay isn’t as exciting a character as James Bond, and his adventures aren’t as interesting as those of Sherlock Holmes, so it’s perhaps understandable that his screen life has been relatively short-lived, and it’s difficult to be excited about it now.