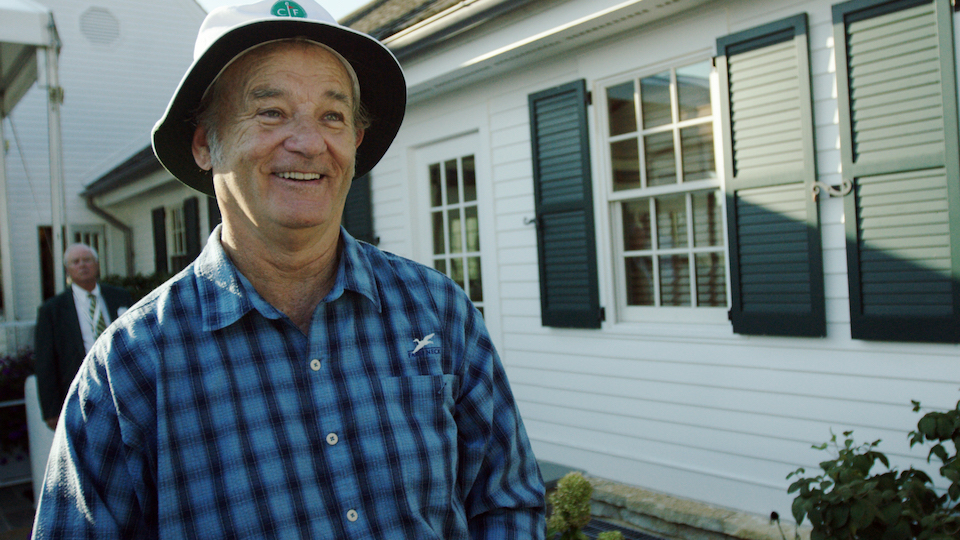 I can be fairly confident in saying that Loopers isn’t going to be for everyone. There’s niche and then there’s niche, if you know what I mean. A documentary about golf is one thing, but one about caddies, that’s really narrowing your audience. I mean, we’ve all heard of Tiger Woods and Arnold Palmer, right? But it’s only the hardcore golf fan that is going to know the likes of Pappy Stokes, Fluff Cowan, Bruce Edwards, Fanny Sunesson, Carl Jackson, and Steve Williams.

Outside of Golf Channel and Sky Sports Golf enthusiasts, I’m not sure who exactly this film is for. But I’m definitely one of them. I love this sport. I love playing it, I love watching it, I love watching documentaries about it. So yes, I am the target audience here. But just to sweeten the already delicious golf ball shaped pill, the film is also narrated Bill Murray. If Loopers was represented as a Venn diagram of things I love, it would be a perfect circle.

Directed by documentarian Jason Baffa, Loopers: The Caddie’s Long Walk is a breezy and inoffensive celebration of the noble art of caddying. Baffa takes us to some of the most famous links in all the world in order to delve into the history of the game and origins of the golf caddie. The old adage that a good caddie should show up, shut up, and keep up is blown out of the water.

We meet some gnarly old characters, who have walked the coastal links of Scotland and Ireland for decades, and are highly sought after by the multitudes of golfing tourists. The documentary slightly overstates the value of local caddies, but they have some fun – if slightly self-aggrandising – stories to tell, and serve as a good entry point to the film.

Baffa spends a bit of time examining the social divide between the player and the caddie, and how on the course the caddie is your best pal, psychologist, teacher, father figure, and coach all rolled into one. But off the course it’s a whole different story. There’s a class divide that isn’t spoken about, and the film barely scratches the surface. Look at Augusta National, one of the most famous golf clubs in the world. For decades their policy was that caddies had to be black, and players and members could only be white.

Rather than get stuck into some of the more problematic aspects of the player-caddie relationship, Loopers moves onto the emergence of the professional caddies in the 1970s, and then runs through some of the great partnerships. We get snippets on Nick Faldo and Fanny Sunesson, Tom Watson and Bruce Edwards, Ben Crenshaw and Carl Jackson, and then of course the game changing relationship between Tiger Woods and Steve Williams.

There’s nothing revelatory here, no behind the scenes footage or fly-on-the-wall drama. It’s basically a TV special that’s been padded out to feature length. It still has its moments however. Towards the end of the film, Baffa reminds us of the incredibly emotional moment at the 2015 Masters, when Carl Jackson walked onto the 18th green to hug Ben Crenshaw as they both bowed out of the sport, and any golf fan will be in bits. I know I was.