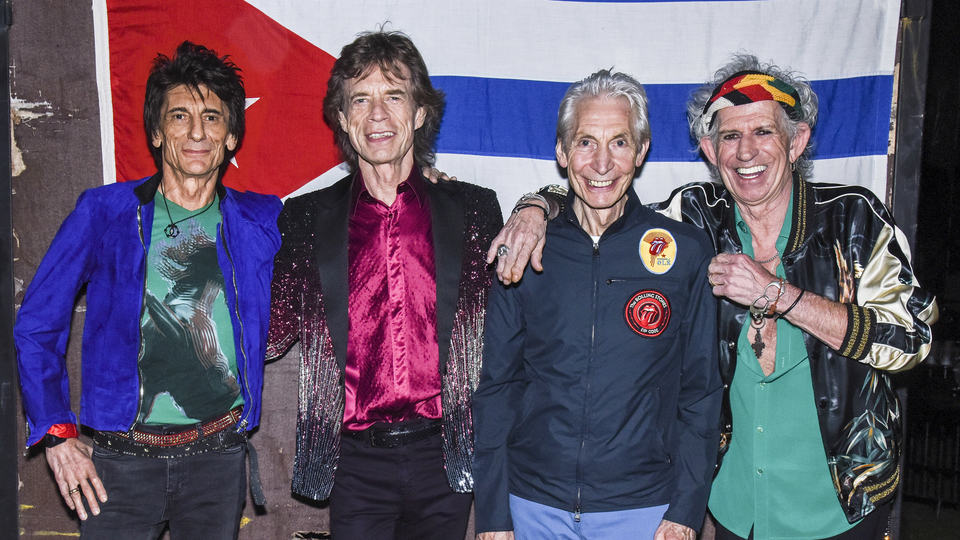 Start me up – The Rolling Stones are touring the country yet again, but this time it’s a bit special!

Music-lovers will soon be able to experience the magic of the Rolling Stones legendary 2016 Havana Moon concert like never before as it tours the country as an immersive concert screening. This should prove to be an amazing and innovative way to experience the legends of rock play their very best anthems.

Brought to you by Rebel Vision and Flying Entertainment, the tour will open at The Cliffs Pavilion, Southend on Monday 14th October. It will tour the length of the country for 11 nights, culminating in a homecoming performance at London’s Kentish Town Forum on Sunday 27th October. Doors for each performance open at 19:30 with the show starting at 20:30.

Tickets will go on general sale at 10:00 on Friday 14th June 2019. Prices start from £35 and are available to buy from www.rebel-vision.com

In association with The Rolling Stones and Eagle Rock Entertainment, the rights holders of Havana Moon, Rebel Vision and Flying Entertainment present a truly unique and unforgettable immersive music experience from the world’s greatest rock and roll band.

Transporting the audience to the streets of Havana, Cuba, fans of the Rolling Stones will be brought closer to the iconic performance than ever before. Every sense will be stimulated during this immersive event.

Spectacular set design and production will deliver a kaleidoscope of colour. Electrifying light and supersize ultra HD video projection will bring you up-close and personal with The Stones on stage. State-of-the-art rock concert sound systems, that utilise the best audio technology available, will deliver a sonic, pulsating sound experience against a backdrop of Cuban culture.

Expect big riffs, electric licks and pure euphoria as The Rolling Stones stomp their way through a 116 minute setlist that samples 50 years of their glorious career. The dark and sinister ‘Paint it Black’ sounds sharper than a butcher’s blade, ‘Midnight Rambler’ grooves along to an almighty crescendo that chops back and forth as Richards and Wood lock horns with their guitars, while ‘Gimme Shelter’ bellows across the Latin night and feels as dangerous as it did upon its release in 1969.

Mick Jagger, said of the Havana Moon concert: “We were so happy to be playing Cuba in 2016. It was a wonderful experience for all of us. Sharing the stage with the ‘revolutionary’ Ronnie Wood, Charlie ‘Che’ Watts and ’compadre’ Keith Richards was one very special night.”

Check out the tour poster and UK dates below;

About the Havana Moon concert;

Directed by Paul Dugdale (Adele, Coldplay) this epic, record breaking concert features the hits ‘Jumpin’ Jack Flash’, ‘It’s Only Rock ’n Roll’, ‘Gimme Shelter’, ‘Brown Sugar’, ‘Satisfaction’ and many more. Filmed at the end of the América Latina Olé Tour on March 25th 2016, Mick Jagger, Keith Richards, Charlie Watts, and Ronnie Wood perform a truly spectacular set to over half a million adoring fans. This huge, free concert, was a mesmeric occasion; providing many Cubans with their first experience of live music from the west. It was and remains the largest concert in Cuban history and represents a significant milestone for the development of Cuban society.
Running time of 116 minutes.

Andy Cuthbert, Founder, Rebel Vision comments: “We live in an experience-led culture and we wanted to create a new way for people to experience music, to bridge the gap between music and cinema in an immersive setting. Presenting Havana Moon as our first concert production is an honour and we’ve worked with the best in the industry to bring an epic experience to our audience. Incredible sets, lighting and performers’ alongside innovative sound technology never before used in this environment will ensure our audience feel like they’re actually in Havana watching the Rolling Stones.”

Tom Clark, Founder, Rebel Vision comments: “Music is a universal currency, different genres, bands all loved for alternative reasons. Whatever people are into many often say ‘I wish I’d gone to ‘that’ concert’. Certain concerts are iconic, timeless and we are giving people the opportunity to see these historic moments again or live them for the first time with friends and family. We’ve worked closely with the Rolling Stone’s management team and Eagle Rock Entertainment to create an experience that you will not want to miss.”

Rebel Vision are innovating the way audiences engage with music. This radical, new immersive concert screening concept will enable audiences to experience legendary and iconic concerts as if they were in the audience.

With over 35 years experience in the music business, Flying Entertainment will combine their theatrical expertise and extensive concert promotion experience with Rebel Vision to create an unforgettable event for audiences nationwide.
Fusing music, performance and cinema, Havana Moon will be one of the must-see experiences this autumn and promises to thrill audiences across the UK. Havana Moon is the perfect night out for music-lovers looking for a unique concert experience.