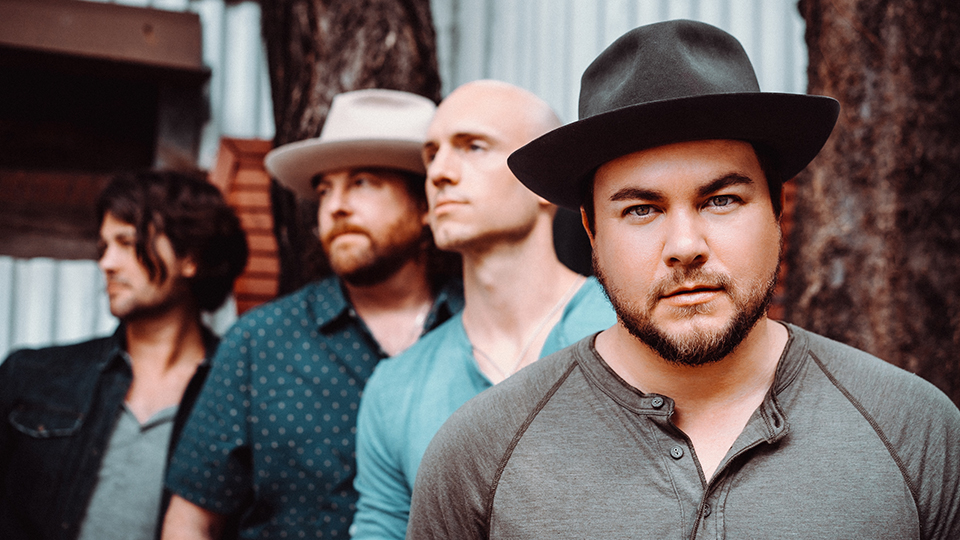 Eli Young Band formed in 2000 when they met as students at the University of North Texas in Denton, Texas. Vocalist Mike Eli, guitarist James Young, bassist Jon Jones and drummer Chris Thompson released their debut self-titled in 2002 but it wasn’t until third album Jet Black & Jealous that they started to gain traction on the Country charts. Crazy Girl, from 2011’s Life at Best became their first number one and it was certified 3x Platinum in the US. The band released their latest studio album Fingerprints in 2017 and earlier this year they followed it up with hits collection This is Eli Young Band: Greatest Hits.

The album opens with Love Ain’t, the band’s latest number one single, and it’s a perfect introduction to the band’s music if you’ve never heard them before. The acoustic riff combines with Eli’s vocals before the song bursts into a joyous and rousing chorus. It’s perfect for radio and no surprise that it’s been such a huge hit for the band. This is Eli Young Band: Greatest Hits spans the band’s entire career and it serves as a reminder of just how consistent they’ve been as a band over the years. There isn’t a bad song on here.

Even If It Breaks Your Heart, their second number one hit released in 2012, continues the commercially-friendly sound the band has crafted over their career. It’s the kind of song that was made with one eye on the charts and it hits the bullseye. A strong melody is a theme that’s evident throughout the 14 tracks included here. Breakout hit Crazy Girl appears in its original form and as an acoustic version. Both sound fantastic and it remains one of the band’s finest songs.

Elsewhere on the release 2014’s Dust has a rockier edge, the underrated Guinevere sees the bands shift gears for a more emotional moment, and Saltwater Gospel has a ridiculously catchy chorus that will make you want to sing your heart out. The stand out for me is 2007’s When It Rains, which is a little Counting Crows with a Country twist. It’s a memorable ditty that kick-started a fantastic stream of hits.

Eli Young Band are very underrated. Hopefully they’ll head over to the UK soon so we can hear all these hits live and it’s a little baffling that they’ve not had the success of the nearest comparable bands like Zac Brown Band. Young has a fantastic voice and the band works incredible well together, crafting hit after hit. This is Eli Young Band: Greatest Hits is the perfect way to introduce your friends to the band and for you to enjoy some of the band’s most-defining moments.

In this article:Eli Young Band