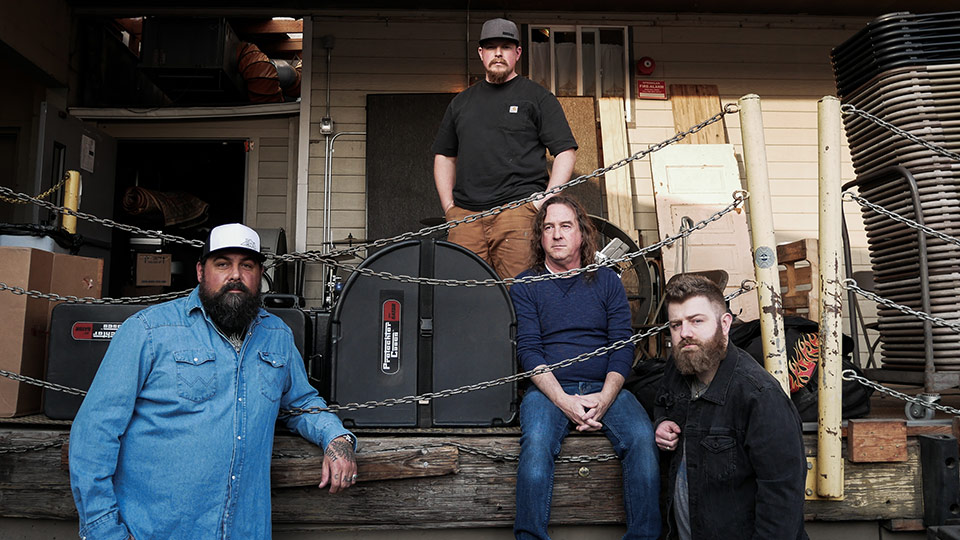 The Lowdown Drifters hail from Stanwood, Washington who released their debut EP Wood & Water in 2016. Consisting of Big John Cannon, Galen Bailey, Richard Williams, Tim Fernley and Ryan Klein, the band has been working hard to build a fanbase and they’ve played with the likes of Chase Rice, LeAnn Rimes and Parker McCollum. With a focus on Country tradition, The Lowdown Drifters have been forging their own path as an independent band and that effort has culminated in full-length debut album Last Call for Dreamers.

The 13-song collection opens with the lilting Red Rock, which has a lazy beat and a strong vocal. It’s a strong start to an album that delivers a breath of fresh air in Country music. At a time when Country is being heavily influenced by the pop and R&B genres, it’s nice to hear an album that embraces the tradition of the genre and focuses on storytelling rather than attempting to get radio play. We Three Kings features an effective use of strings and crafts an atmospheric and ambitious soundscape. It’s one of the strongest moments on the album and it really showcases the band’s ability to tell a compelling story.

Last Night in Denver uses its lyrics to tell the listener what it’s really like to try and make waves in Country music. The band asks a series of questions, gently poking the idea that you have to come from Nashville and know the right people before anyone considers you a success. It’s a bittersweet moment that will have you admiring the band’s honesty. Diesel Smoke has a stomping chorus and is one of the catchiest moments on the record, while Diamonds and Rust has the potential to become a signature tune for the band with its anthem-like feel.

Elsewhere on the record Between the Bottom and the Bottle is one of the album’s more stripped-back moments with heartbreaking lyrics and a stirring melody, Fire in Her Eyes has a charming twang with lyrics that explore being in love with a wildly unpredictable woman, and Barstools ups the tempo for a foot-stomping good time. Album closer Empty Bottles sounds like it’s destined to be a live favourite thanks to its catchy melody and perky instrumentation.

With Last Call for Dreamers, The Lowdown Drifters have crafted a very strong record. This is exactly the kind of music that Country radio should be playing more of and here in the UK, it’s the kind of music audiences are really embracing. There’s an authenticity with this band that pours out of every moment on the record. You can tell they’ve lived these stories and their heart is evident throughout. If you’re getting tired of the more commercial Country music out there, I strongly suggest you check this record out.

In this article:The Lowdown Drifters