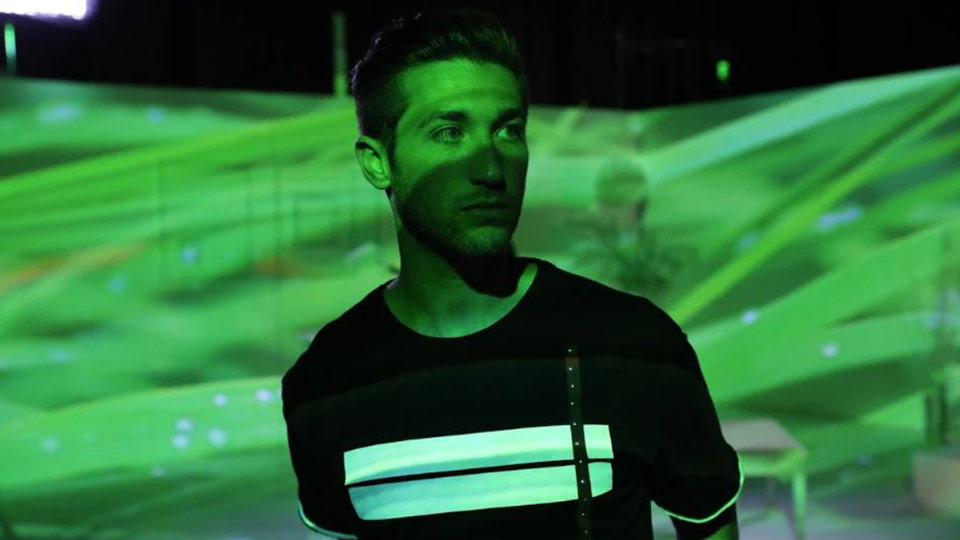 Justin Jesso shot to fame after collaborating with Kygo on the track Stargazing.

After finding success as a songwriter writing for the likes of HRVY, AJ Mitchell, The Backstreet Boys, Armin Van Buuren, and Ricky Martin, Jesso is now stepping into the spotlight properly as a recording artist. He just released his new single Let It Be Me featuring Nina Nesbitt.

I caught up with Justin to talk about his new single Let It Be Me, working with Nina Nesbitt and Kygo, and his experiences as a songwriter.

Hi Justin. How are you today and where does this Q&A find you?

Hello! I’m good! It is 9am and I’m on my way to London Heathrow from Shoreditch. Flying to Amsterdam for a quick show with Kygo tonight.

You’re about to release the music video for Let It Be Me featuring Nina Nesbitt. What can fans expect from it?

Yessss! I’m so excited. The video is really touching. I hope people enjoy it as much as I do, even if I’m not in it very much. We felt it was more compelling to tell the stories of the kids (or mini me’s) than it was to put me all over it. The video will definitely make you smile. It’s very ‘cute’.

What’s the story behind the song?

The song is what I would say to the person I want to spend the rest of my life with.
It’s born out of my relationship with my ex. We both dealt with depression and I wanted to make sure she knew that no matter what I would be there to help. “Through the good and the bad and the ugly and everything in between you’re gonna need somebody – Let It Be Me”.

That relationship taught me a lot, including what it meant to really be there for somebody.

Let It Be Me was originally a solo track. Why did you decide to add Nina on to it and how did she get involved?

I love Nina’s voice. I felt something about it was incomplete and always thought the song would be a great duet. I saw her in concert a couple months back and knew she could take Let It Be Me to the next level.

Your track Stargazing with Kygo was a huge hit. How did that come about and were you surprised by the reaction to it?

I wrote the song on a Monday with some friends in LA.
On Tuesday it got sent to Kygo
On Wednesday they sent us a version back
On Friday it was a confirmed single
It came out two months later
In those two months, the label wanted to put a more famous artist on the track, but it was Kygo who stood up to the label and said he wanted to keep my voice on it.
I am forever grateful to Kygo for doing that.
I was definitely surprised by the reaction. My favorite part is getting messages on insta where people who love the song tell me how helpful the song has been to their lives. That’s the most gratifying thing.

Before stepping into the spotlight as a singer, you were working hard as a songwriter and Ricky Martin recorded one of your tracks. What was that experience like?

Yes haha I speak no Spanish and ended up co-writing Vente Pa’ca for Ricky in Aarhus, Denmark! My co-writers and I were nominated for a Latin Grammy, which is absolutely crazy (we lost to Despacito, but I’m very ok with that ha!). I was a songwriter for about 8 years, always with the intention of pulling a Julia Michaels / Bruno Mars / John Legend (all wrote hit songs for others before launching their own artists careers) I felt like being a songwriter first was the best way to break in.

How did you get into songwriting?

I had an internship at EMI music publishing in NYC and when I graduated college instead of asking them for a job I asked them to put me in writing sessions instead (they would have rather I asked them for a job ha!). I’ve been writing since I was 9. I went to this class called rock band at sleep away camp and starting writing songs for girls I liked. The songs weren’t very good and I never got the girl ha… but also, we were 9…

What would you say has been the biggest challenge so far in terms of stepping into the spotlight as a singer?

I think the biggest challenges are ahead actually. I’m just so grateful that people want to listen. Being an artist the way I am doing it is a LOT of travel. The last two months I’ve been home 2 days. It’s hard to be away from fam, friends, and my dog for that long. It’s not glamorous… particularly for a new artist, even though on Instagram it can seem like it is. There have definitely been some amazing highs tho.

Do you have any plans for any live shows in the UK?

Yes I do! Planning on touring Europe in Sept/ Oct! Dates to be announced soon!

Hope to release an EP by the end of the year and can’t wait for the Europe tour!

Justin Jesso’s new single Let It Be Me featuring Nina Nesbitt is out now. Take a listen below: