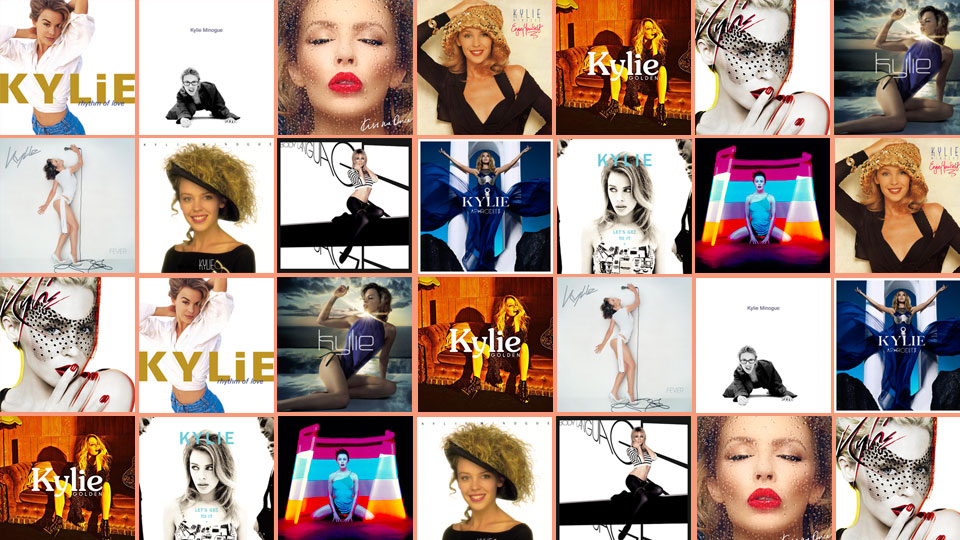 Happy Birthday to Kylie Minogue! The singer who has been entertaining us for over 30 years now, turns 51 today. EF would like to wish her a fantastic birthday and to celebrate we want to know which of her 13 studio albums is your favourite.

In 1988, Kylie’s debut album simply called Kylie, was released and became the biggest selling album of the year in the UK. With Stock, Aitken and Waterman on songwriting and production duties, Ms Minogue went on to release four studio albums on Pete Waterman’s PWL label; Kylie, Enjoy Yourself, Rhythm of Love and Let’s Get To It.

She then signed with cool, dance label Deconstruction and released Kylie Minogue and Impossible Princess. The latter in particular, was very much an experimental album combining indie, drum’n’bass and guitars and was something of a departure for Kylie.

Following her Intimate and Live tour where Kylie performed a cover of ABBA’s Dancing Queen, it seemed that rather than running from her pop roots, Kylie was now ready to embrace them. She signed to Parlophone records and returned to her pure-pop sound with Light Years which just missed out on the top spot and gave Kylie her highest charting studio album since 1989’s Enjoy Yourself.

This was followed by 2001’s Fever which hit the top spot and reinstated Kylie as pop royalty. She had a further four studio albums on Parlophone; Body Language (2003), X (2007), Aphrodite (2010) and Kiss Me Once (2014) before changing label to BMG on which she released her latest studio album, the country influenced Golden (2018).

As she gears up to play the legend’s slot at this summer’s Glastonbury, we want to know which of Kylie’s studio albums is your favourite?