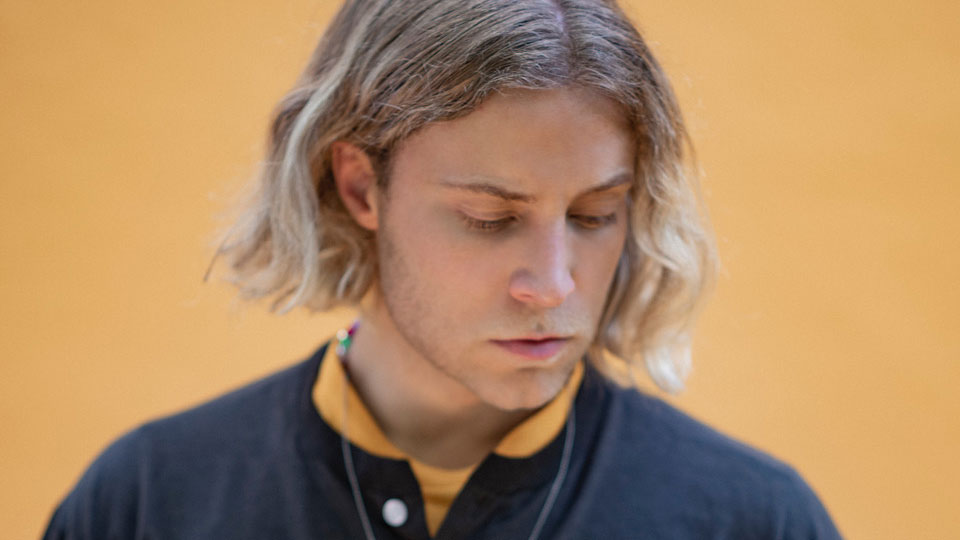 Appearing on the Swedish version of Pop Idol in 2005, he shot to fame and his 2006 debut single Rain went to number one in his native country. Now recording and performing under the name Brother Leo, he’s set to breakthrough internationally with his unique brand of pop.

I caught up with Brother Leo to talk about Shine, discuss working with Fatboy Slim and to find out when we can expect an album.

Hi Brother Leo. How are you today and where does this Q&A find you?

I’m good thanks! Busy days but that’s how I like ’em.

Your new single is Shine. What’s the song about and where did the idea come from?

Shine is the first song I wrote for my upcoming album, and in a way it was also the start of what would become Brother Leo. I guess it’s about unfulfilled dreams, a question and a search for something more.

I was in a pretty dark place when this song came to life and the writing process turned out to be quite therapeutic and became some kind turning point for me, both personally and creatively.

Thinking of it now, three years later, it’s pretty crazy how much of an impact this little tune have had on me.

To some this will probably just be another happy tune and that’s more than fine by me, but for me it’s something totally different.

The music video was a collaboration with Leopold. How did you come up with the concept and what was the shoot like?

I felt it was really easy to connect to Leopold and that we spoke the same language immediately when it came to the story and what we wanted to achieve visually for the video.

We wanted to create some kind of colourful trip into the subconscious and a feeling of being trapped and lost inside in your own self-made prison and longing to find a way out. Then Leopold showed me this amazing building in Spain which was absolutely perfect.

Shine is the follow-up to Strangers On An Island and Push Up, which have been very popular on streaming platforms. Are you working on an EP or an album now, and when can we hear more new music?

I’ve been working on this album for almost 4 years now, which is pretty crazy I guess. In the beginning I was mostly writing for other bands and artists without knowing I actually was writing for myself in some of the songs so I guess thats one of the reasons It’s taken some time for me. But now Im getting there. I’m excited about my new single Shine and others that are coming later this year! They are songs I’ve been working on for a long time so feels amazing they finally will get to see the light.

For Strangers On An Island you worked with Fatboy Slim. What was that experience like?

It’s pretty surreal tbh, he’s some kind of genius and legend in my mind, the way he handles sounds is just amazing. When I got the call that he randomly heard it and wanted to produce my song was just unbelievable.

I guess it started with my mum forcing me to join the church choir and play the piano when I was about 7 years old.. All I wanted to do back then was play football.

But today I’m really thankful that she forced to do it and continue, don’t think I’d be doing this today otherwise. A couple of years later I guess I started to understand the impact and power music had on me then I was sold.

Which artists would you say have helped inspire and shape your sound?

I listen to and get inspiration from a lot of different type of music, everything from Mozart to Paul Simon to MGMT and Miike Snow. It’s hard to be objective when it comes to your own stuff but I think that effects my own music in some way.

How would you describe your music in one sentence?

I guess its hard to be objective with your own stuff but my goal is to stay curious and free, not limit myself to only one style or genre and create something honest.

When can your fans see you performing live over the coming months?

I’ll be supporting Take That on their European tour in June so you can catch me there.
Happy they wanna bring me along and give me the chance to connect and express myself.

I’ll be putting out some new music pretty soon as well as finishing the album.

Brother Leo’s new single Shine is out now. Watch the video for the track below:

Advertisement. Scroll to continue reading.
In this article:Brother Leo