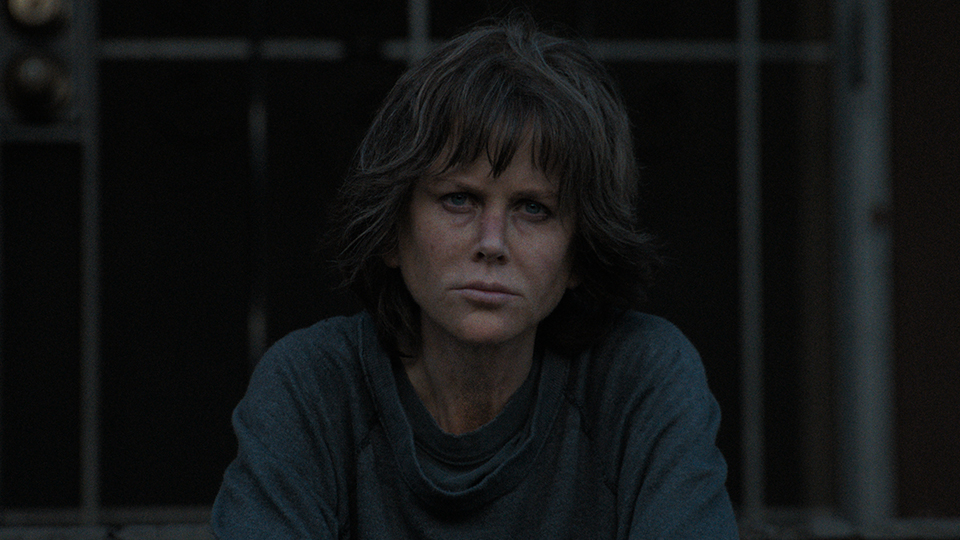 Nicole Kidman delivers one of the finest performances of her career in Karyn Kusama’s atmospheric LA cop thriller Destroyer. The film made very little noise when it was released earlier in the year, and was noticeably absent from the conversation during awards season. My advice would be to not let it pass by unnoticed again. Destroyer is a thrilling and uncompromising piece of filmmaking, powered by an absolutely ferocious central performance.

Kidman is on blistering form, as the wired and messed up LAPD detective Erin Bell. She is an absolute wreck of a person, her face ravaged by trauma, and years of drinking. When a $100 bill stained with ink from a security dye pack is sent to her in an unmarked envelope, she knows this isn’t just a message; it’s a threat. Someone is coming for her, but not if she can get to them first.

The narrative then splinters, cutting between the present and 17 years ago, when Erin went undercover with a gang of armed robbers as part of an FBI operation. Sebastian Stan is the agent she goes undercover with, and Toby Kebbell plays Silas, the gang leader they have been sent to take down. We can safely assume from what we’ve seen in the present day that this operation probably doesn’t end well. Meanwhile back in the here and now, as Erin hunts down her prey, she also has to deal with her teenage daughter going off the rails and following her into oblivion.

It is a completely transformative performance from Kidman, from the voice, the physical appearance, and even the way she moves. Erin Bell is unlike any character we’ve ever seen Nicole Kidman play. A violent, unpredictable, dangerously fucked up LA cop. She’s barely sober at any point during the film, cares nothing for due process, and interrogates witnesses and suspects in ways that would make Vic Mackey and Harvey Keitel’s bad lieutenant stand back and applaud.

It’s the kind of role that we nearly always see played by men. But in flipping the gender norm, Destroyer does something different with the burnt-out cop trope, and ends up delivering a film that goes to some satisfyingly unexpected places.

Working from Phil Hay and Matt Manfredi’s brilliantly layered and disturbing screenplay, Kusama has crafted something with Destroyer that is really smart, insightful, unconventional, and brilliantly structured. A kind of dread infused sun-bleached noir. Kusama shoots the film around parts of LA you don’t normally see; the unfashionable areas, the run-down suburbs, the sprawling highways. It lends the film a distinct sense of otherness, as well as a kind of dislocated beauty.

If I were to find any fault with the film, it would be that it doesn’t quite afford Kebbell’s character the level of menace required to justify the amount of fear that has built up around him. Also, somewhat disappointingly, the Blu-ray release comes without any special features. But these are minor points alongside what is a major piece of filmmaking from Karyn Kusama, and a phenomenal performance from Nicole Kidman.