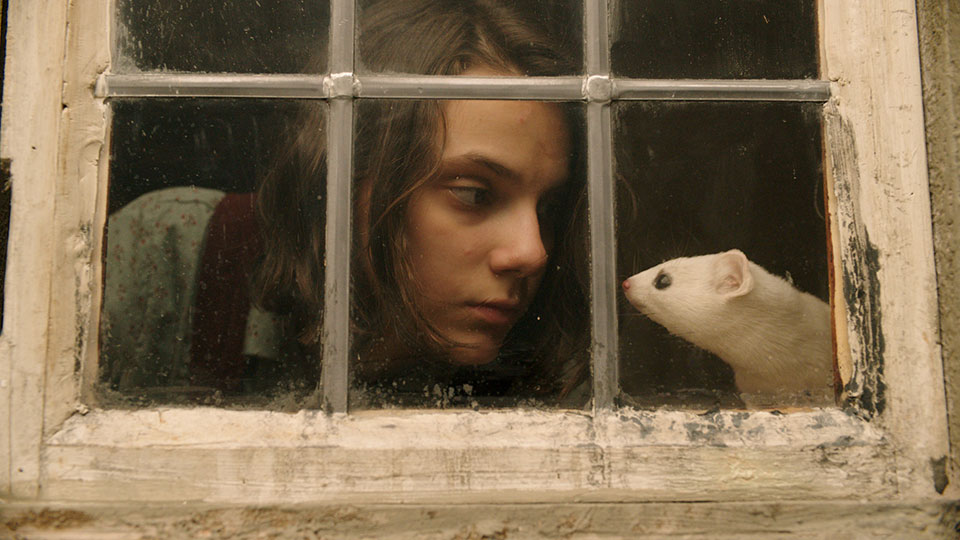 The trailer and a series of first-look images have been released for the BBC adaptation of Philip Pullman’s His Dark Materials.

It’s the first footage of Lyra’s daemon Pantalaimon, who is seen as an ermine in the trailer. Those who have read the book will know that daemons can change form so there’ll be more guises to come. Watch the trailer:

His Dark Materials takes place in a parallel universe to our own, in which our heroine Lyra (Dafne Keene) lives in an alternative Oxford, which she explores with her friend Roger (Lewin Lloyd).

In the trailer we see Lyra’s life in Jordan College, Oxford, where she lives under the care of the Master (Clarke Peters) and his raven daemon Alicia. We also see a little of the Magisterium with the shadowy agent Boreal (Ariyon Bakare).

James McAvoy plays Lord Asriel whose daemon is a snow leopard called Stelmaria, and Ruth Wilson is seen as the mysterious Mrs Coulter whose daemon, a Golden Monkey, attacks Pantalaimon in her London apartment.

Aeronaut Lee Scoresby is played by Lin-Manuel Miranda, whose gas balloon is seen for the first time, and we travel to the frozen North with Lyra and the boat-dwelling Gyptians led by Farder Coram (James Cosmo).

In the North we get a brief sight of the sinister location of Bolvangar, which is the locationwhere the missing children are being brought to for reasons unknown… And finally the trail, reveals with a roar the majestic armoured bear Iorek, Lyra’s friend, protector and companion.

Take a look at the first-look images from the series in our gallery below:

His Dark Materials will arrive on BBC One later this year.

In this article:BBC One, His Dark Materials, Philip Pullman