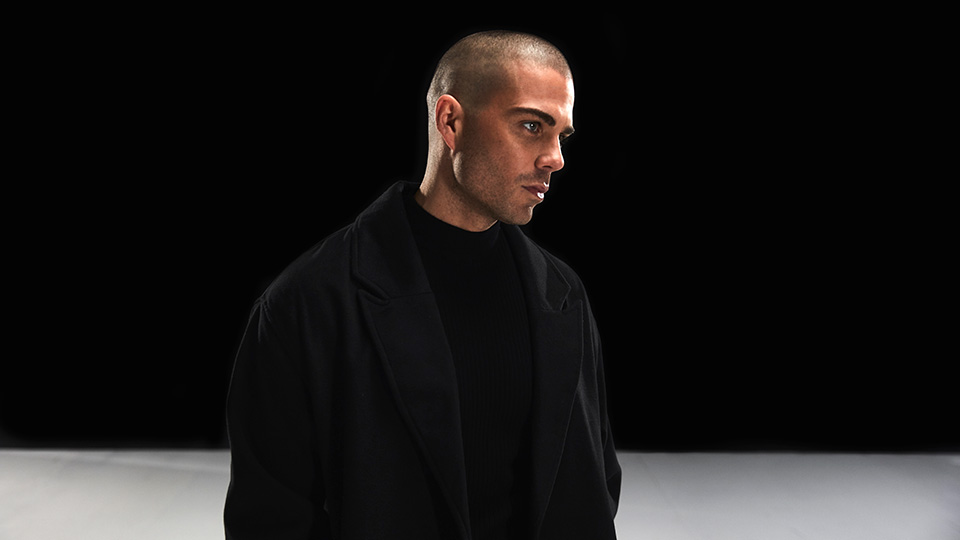 Manchester-born Max George is best-known as one-fifth of the chart-topping boyband The Wanted.

The five-piece shot to fame in 2010 and scored two number one singles before disbanded in 2014. Since then Max has popped up in Glee and last year he released his debut solo single Barcelona.

With new single Better On Me out today, I caught up with Max to find out more about the track, discuss his plans for his solo music and to talk about the potential for The Wanted to reunite in the future.

It’s been a long time since we last spoke. How have you been?

I’m really good thanks! Time has gone by so quickly. I spent a lot of time in the US and I’ve been writing a lot of songs the past five years. I signed a record deal with Warner and then came back here and started up my own record label.

Starting your own label is a big deal. What was your reason for doing that?

It was taking so long to actually get stuff done and get it out. I just felt like, ‘well I’ll do it myself’, especially now with how the system’s changed with Spotify and all that. I just thought it’d be a lot more efficient if I just did it myself.

I remember seeing posts on Instagram a few years ago where you were saying you were working on music and then you popped up in Glee for a bit. How frustrating was it for you not being able to get your music out there?

At times it drove me mad. I sat there for days on end then weeks then that became months and you just don’t hear anything. I was just ready to go. It was really frustrating. It was just one of those things, there’s nothing I could do about it. Then when my deal ended with Warner, then I could do something about it. That’s why I decided to do it through my own label.

Your new single Better On Me is out today. It’s an upbeat summery track that’s really catchy. Tell me the story behind it…

I did it with Jason Derulo and we worked on it in Miami. We got the whole feeling because it was August when we did it. It was a bit of a tongue in cheek where it’s either a girl or a guy looking at their ex-partner and they’ve still got a connection and they’re saying, ‘it was better when you were with me’. We wanted it to sound like a summer song and you say it sounds like that, so that’s good because that’s what we were aiming for.

It can be really hard for someone who has been part of a band to establish their own sound as a solo artist. Better On Me took me a little by surprise as it’s completely different to Barcelona. Was one of your aims with this song to showcase another side to you?

With Barcelona I worked with Steve Mac and I didn’t want to go too far away with my first one. I don’t want it to seem like I’ve just come out with music and it just sounds like somebody else. With Better On Me, I think you can hear a little bit of Jason (Derulo) in there. When I was working with him, he always wanted me to stretch vocally so I tried some new things. I’m really happy with it and I do think it’s different this one. It’s definitely not along the lines of Barcelona but hopefully it’s still very much me. There is a difference to it.

You have a very distinctive tone to your voice and I always immediately know it’s you when I hear your music. It’s interesting you mentioned that Jason pushed you to use your voice differently as Better On Me features a lot of falsetto, which is something we’ve not heard from you too much in the past. Was it a challenge to hit those notes?

Do you know what? It wasn’t so much a challenge, it was more of a surprise. I didn’t use it that much with the lads – maybe the opening of Glad You Came. With this one it’s probably the most important part of the song. Jason pushed me along (on the falsetto) and it’s opened a new door for when I was doing other stuff. I can use that now a lot more because I probably didn’t know I had it.

Jason has got a fantastic falsetto so if you want someone to teach you how to use yours, Jason Derulo is the perfect teacher…

Absolutely! He’s the falsetto king. Maybe some time we’ll do one together. When we did this song we actually recorded it as a duet. We just decided it was more for me and it would be better if I took the song.

Yeah that would be cool!

You’ve got a song coming up later in the year that was written by Diane Warren. Is it a traditional Diane Warren-style ballad?

Yeah, that one is a ballad. I’ve known Diane for about 8 years now but I hadn’t spoke to her in about four or five years. I got an e-mail out of the blue saying she’d written a song for me and she really wanted me to record it. I’ve been working on the production side of that for the last couple of months with Andy Brown, who was in Lawson. I’ve recorded the vocals and we’re just literally producing it now. I’m really excited about that one. We’re looking at doing that in maybe October/November. Diane’s been brilliant and really supportive. She’s been all over me to get it but we’ve just got to be patient with it and get it right.

I’m interested to hear a solo ballad from you. The Wanted recorded a few ballads during their time but you guys were mostly uptempo…

I think vocally it’s probably a little bit different again. When I did it with the lads it was different. Now you have to carry the whole thing and there’s a lot more feeling put into it. It’s just the production side, I want to get it right.

What is the plan for new music this year? Are you concentrating on singles to see what sticks and what people react to or are you working on an EP or album?

What you said first. I’m just going to do singles for now. Hopefully I’ll do three to four this year maybe with a couple of soft releases in between. By Christmas I should hopefully have about five or six for people to listen to on Spotify.

The whole music landscape has changed so much since The Wanted when everything was about singles and albums. Has that been an adjustment or have you found it quite freeing?

It’s definitely an adjustment and I learned that last Barcelona. I didn’t realise, because the system changed now, it’s all about having music ready and you’ve got to have… I keep hearing the word content. You put one out and it might go amazingly well, and obviously (if it does) it’ll last a little bit longer, than you do another one. With mine it’s going up and down on the streaming and I didn’t have the next one ready. I just paused on it and thought, ‘right, I’ll go away, make some more music and then I’ll come back when I know I’ve got five, six or seven singles in my locker’. That’s why it’s taken 12 months. It’s definitely an adjustment.

Alongside your music, you’ve also signed to CAA for acting work in the US. Do you have anything in the pipeline on that front or is it all a bit hush hush?

It’s all hush hush in terms of what the things are. I have a couple of things I’m auditioning for at the moment which are are American drama series. That’s not definite yet and I’ve got to look at the timings because music’s always come first. If it works for me and it works for them, I might be shooting later this summer.

That’s exciting, I’ll keep my fingers crossed for you…

Thanks mate! I appreciate it.

With so many reunions going on at the moment in music, do you think there’s any chance The Wanted may get back together to do something in the future or has that ship sailed?

I always say yeah we will. I don’t know. It’s always something that I bring up because I speak to Tom and Jay quite a lot. It always gets mentioned, like we always say, ‘are we going to do it or what?’ but obviously it’s not just up to us three. I don’t know. I think I might force a conversation at some point next year and see what we’re thinking. Right now I’ve got a really busy rest of the year coming up so I’ve just got to focus on that. It’s something that I’ve always said that I want to do.

Since the band went their separate ways, it’s been really interesting watching the five of you finding your feet as individuals. You’ve all followed completely different paths but I’m glad you’ve found your way back to releasing music…

Yeah. It was difficult after it ended because it was sort of a bit of a shock to the system. That was our life and then all of a sudden it was just gone. It did take a bit of adjusting. I think that’s why I moved to America because I just needed a fresh start.

It did seem really quick. One minute you were topping the charts and then you were gone. The important thing now though Max is that you’re back making music…

Yeah, I am and I’m enjoying. I’m really looking forward to the summer and I can’t wait for people to hear it. Fingers crossed that they like it.

Are we going to see you doing any live shows or any festivals this summer?

Yeah. The phone’s been ringing a little bit over the past few days because we just serviced the song out. I think once the song is out, that’s when we’ll find out exactly what I’m getting booked on.

Is there anything else you’re hoping to achieve before the end of the year rolls round?

You know what? It is going to be busy and I’m probably going to have quite a few singles coming out and potentially a couple of acting roles but I’d actually like to have got an album’s worth of songs that are written by the time Christmas comes around for next year. I think that’s my other aim is to get a lot of songs ready for next year.

Max George’s new single Better On Me is available to stream and download. Take a listen to the track below:

In this article:Max George, The Wanted