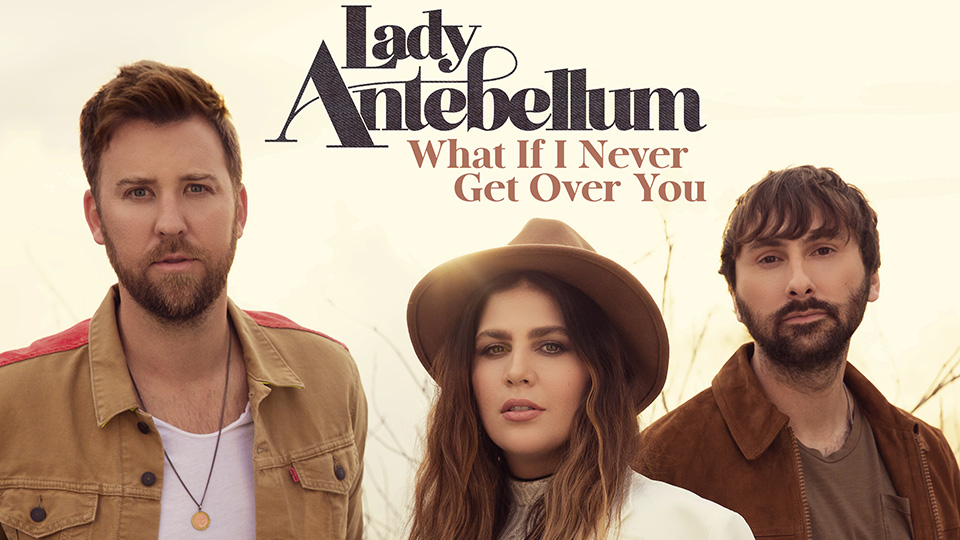 Lady Antebellum have returned with new single What If I Never Get Over You, a song they performed at C2C: Country to Country back in March.

The song is the first track from their upcoming album and their first for new label home BMLG Records. Take a listen and watch the video below:

“I feel like What If I Never Get Over You is a turn back to our beginning, both in the sound and the core of who we are,” said Dave Haywood. “We love being able to put out those big questions about lost love, like ‘What if time doesn’t do what it’s supposed to do?’ or ‘What if I never move on from this relationship?”

The track was produced by Dann Huff and it certainly recalls Lady Antebellum at their very best. Charles Kelley and Hillary Scott trade verses as they sing about the emotions that rush through ex-lovers’ minds.

“We hit this place of wanting to go back to where we came from,” explained Scott. “This single is a great example of that. We’ve got 13 years of life together, of work together, of ups and downs in our personal lives. All of that kind of encompasses one same feeling: ‘We’re here, we’re loving it, and we’re turning over a new leaf — one that feels really familiar and authentic to ourselves as a band.’”

“It’s been several years since we’ve had a chance to release a duet like this as a single,” added Kelley. “When we played it for our team their excitement reassured us this song was the one to lead with out of the gate. It’s been a bit of our magic from day one. Our very first song in 2006, ‘All We’d Ever Need,’ was just written for Hillary, but she said, ‘Charles, you should sing a verse too’ and that’s how we started the co-lead singer thing.”

The music video for What If I Never Get Over You was directed by Sarah McColgan.