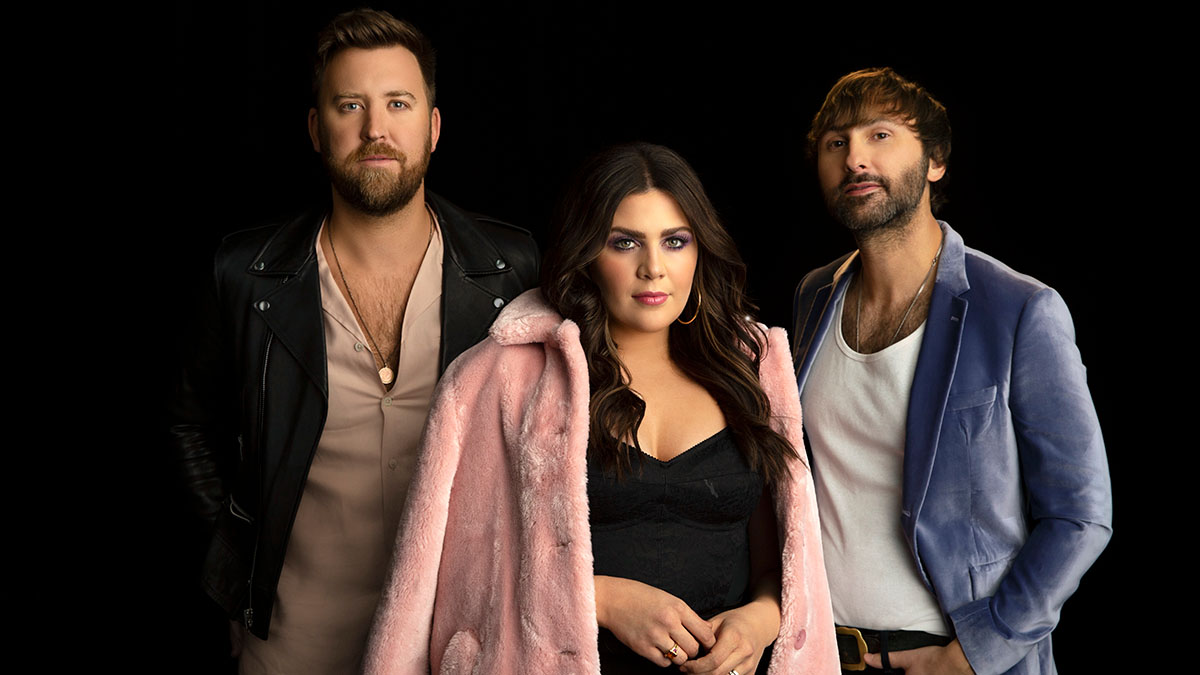 Lady A – Charles Kelley, Hillary Scott and Dave Haywood – have been the leading group in Country music for the last 13 years notching up plenty of hits and taking the genre to the international market. The huge success of ‘Need You Now’, helped Country music finally get a foothold across the world and the trio has ensured that they come to the UK on their tours for years. In 2017 they hit a creative low point with the disappointing ‘Heart Break’, which had some good songs but is generally considered to be one of the band’s rare missteps. Some time off and a label switch led to ‘Ocean’ in 2019, which was a return to form and saw the band the most energised they’d been in quite some time.

Coming two years after that commercial success, Lady A is back with ninth studio album ‘What a Song Can Do’ and that creative resurgence that began on ‘Ocean’ continues on this record. Digging into the sounds that make them unmistakably Lady A, while offering a wealth of variety it feels like the band is really experiencing a renaissance and this is some of the best music they’ve released. The first seven songs from the record, including the lead single ‘Like A Lady’, were released as the EP ‘What a Song Can Do (Chapter One)’ back in June and a couple more songs have been released since.

Now I’ll admit that ‘Like a Lady’ isn’t my favourite song that Lady A has ever released but I understand why the song was picked as the lead single. Coming off the back of a gruelling pandemic, it’s understandable that the band would want to put something fun out into the world. The song is perfectly fine, and I’m sure it’ll suit the band’s live shows, but for me it’s a little too throwaway. Thankfully, it’s not representative of the rest of the album, which is packed with plenty of future hits.

Lady A know how to hit all the marks. On the nostalgic ‘Things He Handed Down’ you’ll be reaching for tissues to wipe away the tears while on ‘Fire’ the band create a song that sits neatly next to their biggest songs with an anthemic hook and an urgent chorus. The title track, ‘What a Song Can Do, is co-written by Ryan Hurd and it flips expectations by exploring the power of music rather than listing off song titles, which has become a bit of an irritating trend. ‘Friends Don’t Let Friends’ featuring touring mate Carly Pearce along with Thomas Rhett and Darius Rucker is a highlight, giving us the supergroup we never knew we needed. It’s a fun song designed for live shows but it could easily see the group having a big moment at an awards ceremony in the future if they choose to play it live.

‘Worship What I Hate’, which appeared on the EP released earlier in the year, is still one of my favourite songs here and quite possibly one of my favourite Lady A songs ever. Giving me similar feels to ‘Ocean’, the song reflects on living a passive life and allowing it to go by without truly engaging in it. The lyrics feel so relevant given we’ve all had a period of reflection this past year an Hillary’s vocal is goosebump-inducing. This is Lady A at their absolute best.

In the album’s last run of songs, Lady A channel Fleetwood Mac on the groove-laden 70s-inspired ‘In Waves’, embrace a more modern sound on the funky R&B-lite ‘You Keep Thinking That’, and Dave gets a chance to shine by taking the lead on acoustic love song  ‘”Workin’ On This Love”, which is a beautiful James Taylor-esque moment that suggests Dave should take lead more often. The album closes with ‘Swore I Was Leaving’, a classic Lady A ballad full of harmonies and traditional production. It’s a fitting end to an album that sees Lady A reclaiming everything that makes them such a global phenomenon.

‘What a Song Can Do’ is the sound of band that has reconnected creatively and found their footing once again. Lady A remain at the forefront of modern Country and when they’re releasing albums as strong as this, it’s hard to imagine anyone stealing their crown. With a wealth of material in their catalogue since they last performed in the UK, their return is going to be one that fans can’t miss and these songs, along with the tracks on ‘Ocean’, will make a fantastic setlist. Sheryl Crow once sang that ‘a change would do you good’ and since moving to Big Machine, Lady A are back on their way up.

In this article:Lady A, Lady Antebellum