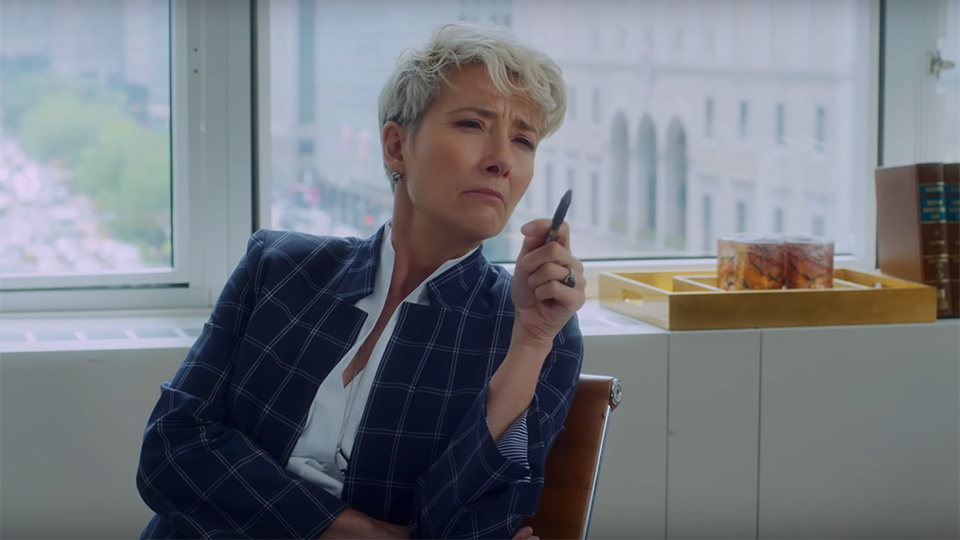 The trailer and poster have been released for upcoming comedy Late Night.

Late Night is the story of legendary late-night talk show host Katherine Newbury (Thompson) who, after years of complacency and declining ratings, finds her show is on the network’s chopping block. Katherine’s world is turned upside down when she hires her first ever female staff writer, Molly Patel (Kaling) who brings fresh eyes and an honest perspective.

Katherine’s decision has unexpectedly hilarious consequences, as her show is upended by Molly’s passionate, unapologetic, at times outright bizarre approach to comedy and to life. By finally opening up to Molly and to her audience, with warmth, vulnerability (and the occasional menopause joke) Katherine reconnects with both the public and those closest to her.

Late Night is directed by Nisha Ganatra, written by Mindy Kaling and produced by Ben Browning, Jessie Henderson, Kaling and Howard Klein. Take a look at the poster:

Late Night is released in UK cinemas on 7th June 2019.