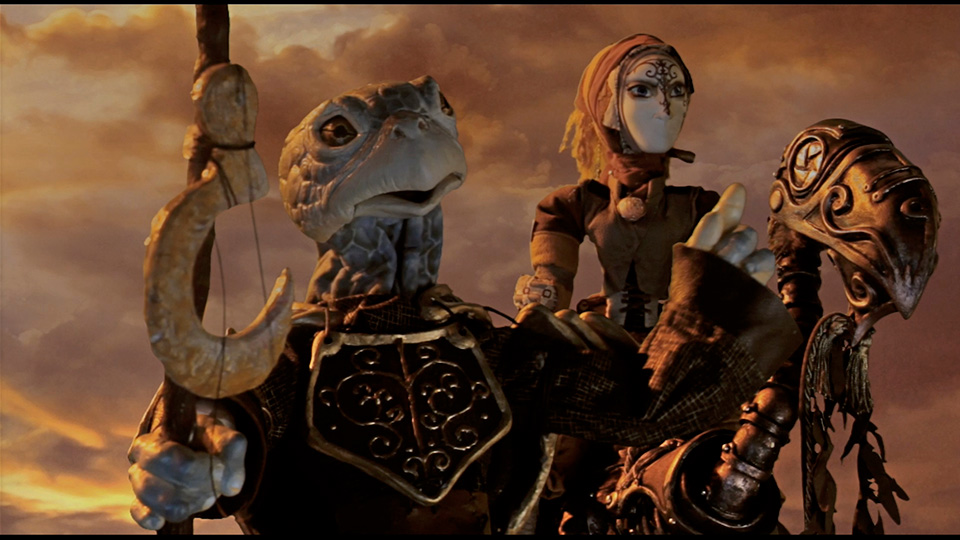 Nani (Abigail Breslin), a girl with a mechanical heart who lives among the Hollows, is left behind when the Hollows escape their lunar prison in a bid to take over Yamasong by force. Leading them is Nani’s mother Yari (Whoopi Goldberge) who is determined to transform everyone on Yamasong into Hollows by brute force. Nani teams up with Shojun (Nathan Fillion), a tortoise warrior that she has fallen in love with, and the goatlike Geta (Freida Pinto) to stop Yari and end the war between Yamasong and the Hollows once and for all.

Yamasong: March of the Hollows is an ambitious film that’s obviously been crafted with a lot of through and love. Director and co-writer Sam Koji Hale brings to life an impressive world that defines its own rules and draws you in from the opening moments. Backed by a star-studded voice cast, the film has a little extra weight in its favour, which should help it find a wider audience than it may have done.

Visually Yamasong: March of the Hollows is impressive. It’s been a long time since puppets have been used in a movie (well that weren’t the Muppets of course) and cinema-goers are well used to CGI animation now. It’s a shame as making a film with puppets takes a real vision and it’s a painstaking but always rewarding experience. If you were a fan of films such as The Dark Crystal, you’ll find plenty to enjoy with this.

On the negative side Yamasong: March of the Hollows is pretty complicated. I’m not entirely sure that younger viewers will get all of the nuances but the complex storyline ensures that there’s plenty to keep adult viewers hooked. The subject matter being dealt with here is surprisingly heavy and intricate but with repeated watches, I’m confident that kids will be able to pick the film apart and understand its through line.

Yamasong: March of the Hollows is a reminder of the power of puppetry. It creates a world that you can lose yourself in and while it is a little complicated at times, there’s plenty to enjoy about it. From the star-studded voice cast through the remarkable puppetry, Yamasong: March of the Hollows will take you back to a time when CGI didn’t dominate the big screen. It also doesn’t patronise younger viewers, which is something else it should be commended for.