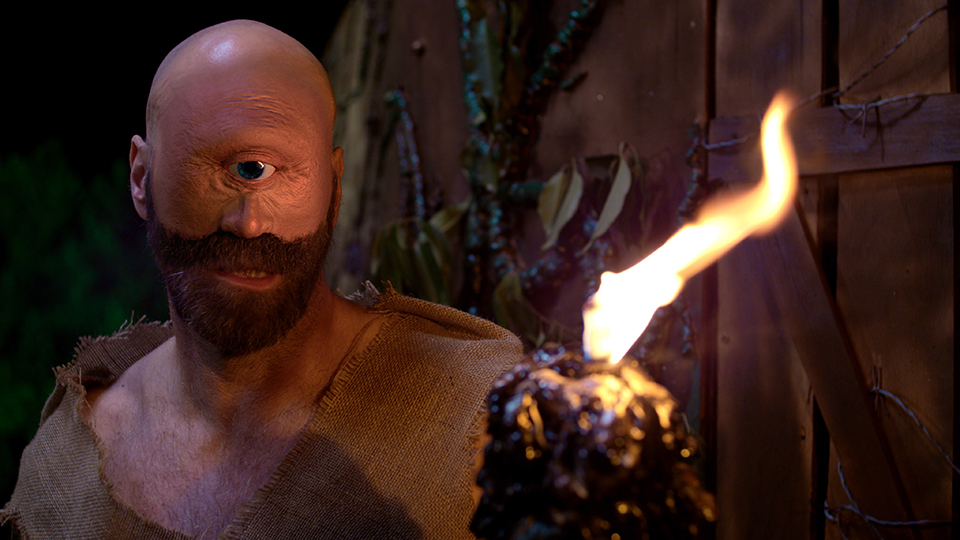 In a world where humans and monsters co-exist, Dr. Stanley Cole (Bruce Davison) is given the task of taking over an AA (Abnormal Attraction) group. He is faced with a variety of people who have different sexual fascinations with the monsters, and one-by-one they reveal their stories. The usual leader of the group Nick (Nathan Reid) has been kidnapped by witch Hildie (Leslie Easterbrook) and the Boogeyman (Malcolm McDowell), and he attempts to use his skills to escape and foster peace between humans and monsters.

Abnormal Attraction is quite frankly batshit crazy. I’ve never seen a film like it before and I’m not sure I will again. The thinly-veiled attempt to draw comparisons with the current situation in Trump’s America, Abnormal Attraction cranks up the crazy to 10 and hopes you go along for the ride. It’s worth stating that film is not going to be for everybody. At times it’s downright crude, often relying on sex jokes to get you laughing, and it’s a little uncomfortable too when you realise the support group are basically a bunch of people abusing monsters.

That being said, the commitment to the material from the actors is impressive. Bruce Davison adds a bit of weight to the group while Nathan Reid impresses as the hapless but well-intentioned Nick. Malcolm McDowell’s unmistakeable voice provides many of the laughs throughout the movie and Tyler Mane, who played Michael Myers in the Rob Zombie Halloween films, shows a different side to his talent as Bernie the Cyclops.

The film-makers have done a decent job in bringing this alternate world to life. The make-up and costumes, for the most part, are impressive and there’s a good array of monsters on show. You’ll recognise many of them and there are some you may be meeting for the very first time. At times the film borders on horror. There’s one scene where a man is trying to seduce a monster and ends up being ripped to pieces. The film doesn’t really prepare you for those moments so don’t say you’ve not been warned.

What you get out of Abnormal Attraction will very much depend on how you feel about the absurd. The film is so over-the-top and tries very hard to push you out of your comfort zone, which it will likely achieve. For me, I found it had become too silly by the end and almost a parody of itself, which was a shame. Had it restrained things a little and built on its odd but intriguing premise, the film would have been more solid. Having said that, there are laughs to be found and it’s an ambitious film from director Michael Leavy. If you’re OK with gross-out and non-PC humour, you’ll probably find this a hoot!