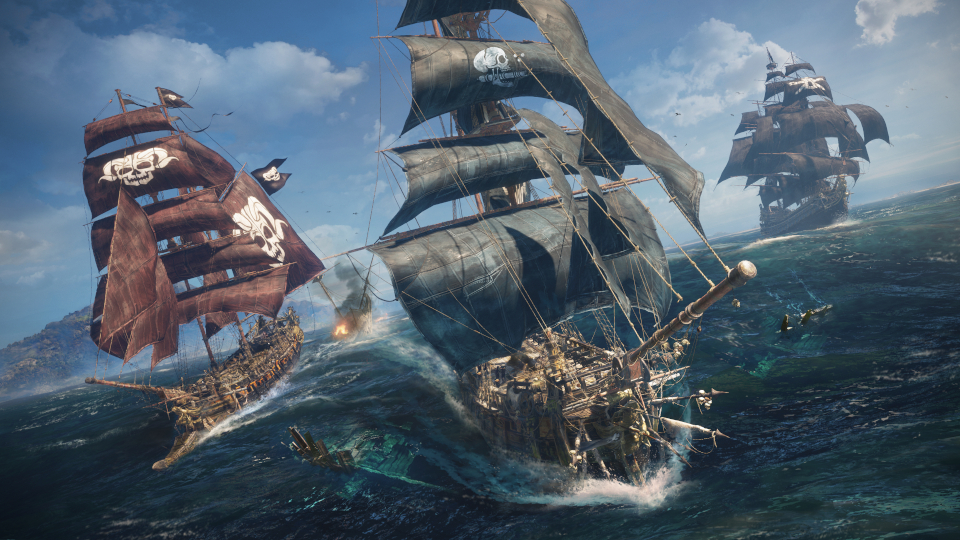 Ubisoft have confirmed that Skull and Bones will be delayed again. First revealed at E3 2017, the swashbuckling pirate game, has already been delayed once and is now being pushed back into the 2019-20 financial year. Whilst a bit vague at least we know it’s still coming.

After the success of Assassin’s Creed IV: Black Flag and its combination of awesome naval combat and exploration, it’s no surprise that Ubisoft decided to make a full on pirate game. Also, the success of Sea of Thieves shows that there is a strong market for piratey themed games.

You can view the last E3 gameplay trailer below:

“Our first goal is to make Skull and Bones awesome for our players. We believe in our vision for the game, while also making sure the voice of our community is being heard,” Ubisoft tweeted. “As soon as we’re ready to share more, we’ll do so.”

Skull and Bones is an open world pirate game set in the 1700s. You take on the role of a pirate captain as you guide your crew across the Indian Ocean in your quest for booty and conquest. Along the way, you’ll face off against other pirate crews whilst trying to steer clear of the Empire fleets that are desperately trying to stamp out all traces of piracy from the world.

To stay up to date with all things Skull and Bones, plus for your chance to sign up to the beta when it launches, head over to the official Skull and Bones website.

You can view some Skull and Bones screenshots in our gallery below:

Advertisement. Scroll to continue reading.
In this article:PC, PS4, Skull and Bones, Ubisoft, Xbox One