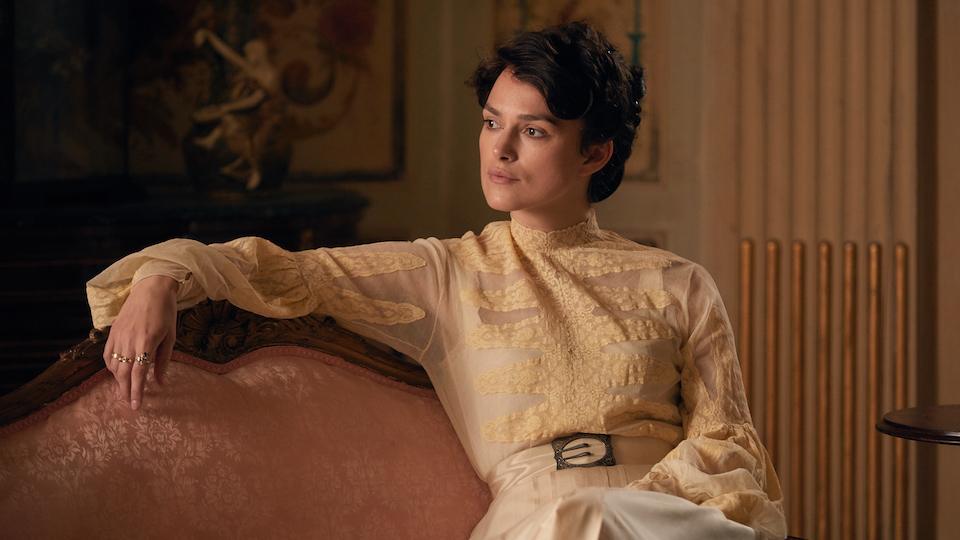 At first glance, Colette is an easy film to categorise, and just as easy to dismiss. Yet another Keira Knightly period drama about a tough and rebellious heroine trying to be heard in a man’s world. Seen it already, thank-you, next. But Colette is something altogether different. You haven’t seen it already, you’d be wrong to dismiss it, and you’d be missing an absolute gem of a film if you did.

Set during the final years of the Belle Époque, Colette has perhaps even more to say about contemporary society than it does about the glamorous and decadent Parisian literary scene at the turn of the twentieth century, where the film is set. Colette begins with Knightley’s eponymous character engaged in a passionate affair with Henry “Willy” Gauthier-Villars (Dominic West), an old friend of her father.

They marry and live together in Paris. Willy is a writer, making a living churning out short stories, reviews, and correspondence, most of which is written by poorly paid ghost-writers. He encourages Colette to write something of her own, and she produces a novel inspired by her school days. Willy initially dismisses it, but when his flamboyant lifestyle and increasing debts catch up with him, he decides to publish the book, Claudine à l’école under his own name. It is a huge success.

Director Wash Westmoreland keeps the film focused on the loving yet highly dysfunctional relationship between Colette and Willy. So desperate to cash in on the success of Claudine, he locks her in a room until she delivers him another bestseller. There are inevitable affairs on both sides, and explorations of true sexuality, as Colette attracts the attention of another woman. But their relationship holds strong, until Colette demands credit for the phenomenon she has created.

The film is not afraid to tackle a number of serious themes – the silencing and subjugation of women, sexual liberation, the importance of art and artistic expression – and it does so with razor sharp insight, and exuberant style. Gorgeously shot, with a wickedly entertaining, witty and lively script, Colette is a racy and fast-paced romp, bursting with compelling characters, and important ideas.

Dominic West is on particularly delicious and ribald form as Willy. I’m not sure if there’s an actor currently working who has got such an enormous amount of mileage in his career by playing complete and utter arseholes. But the film belongs to Knightley, who is at her fabulous best, once again finding a great role in a period drama, and imbuing it with a performance that is both fierce and playful. Her Colette is modern and progressive, and a perfect tribute to this extraordinary woman and her incredible legacy.