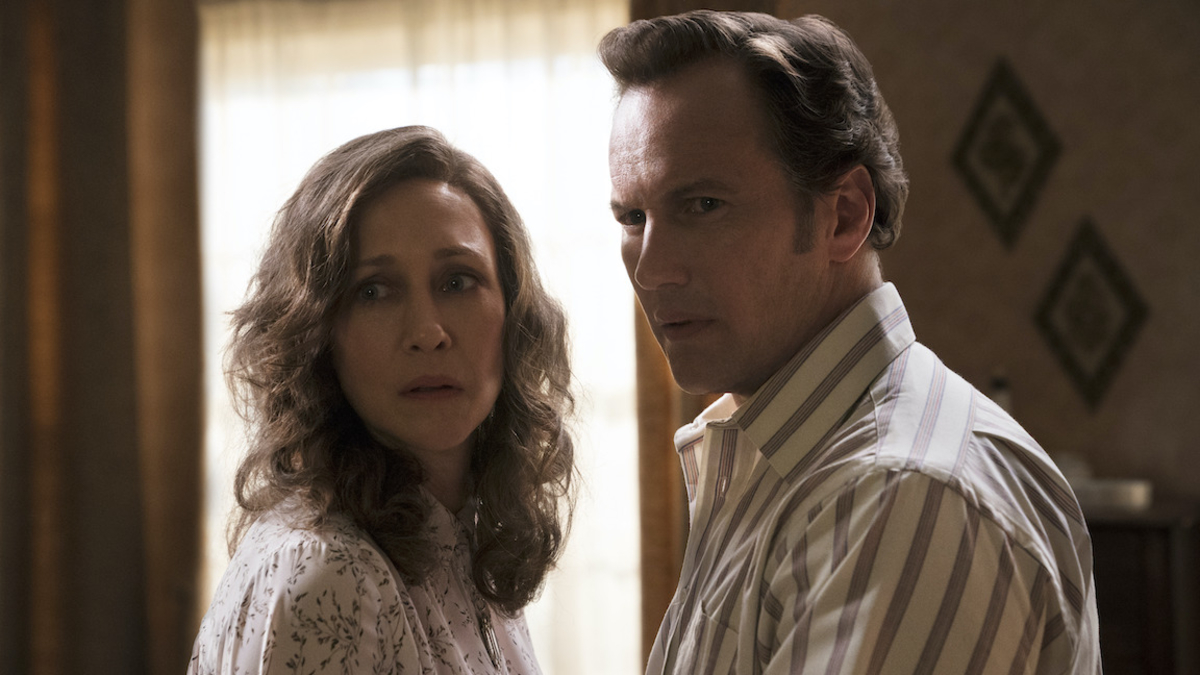 The Conjuring: The Devil Made Me Do It haunts its way into cinemas around the world this week. This latest chapter is the 8th addition to The Conjuring Universe of films, and once again follows Lorraine and Ed Warren (Vera Farmiga and Patrick Wilson) as they tackle yet another ghastly demonic possession.

Check out our review of The Conjuring 3: The Devil Made Me Do It

With another Nun movie in the works, along with a Crooked Man film too, it seems we will have many more sleepless nights to come thanks to The Conjuring Universe.

The Nun promised a lot. It’s a shame that the whole film didn’t follow on from this impressive opening sequence, which sets the scene well and gives us a good taste of how creepy and relentless Valak is.

9: The Cupboard – The Conjuring

We’ve all heard noises at night, and definitely thought that there was something creepy lurking in the cupboard. Well, these girls are about to find out just how scary things can get.

Annabelle Creation is a very underrated chapter in The Conjuring Universe and has some truly brilliant scares. This early one really puts you in the mix and creates a permanent sense of dread that surrounds the film

Once again, the dark plays a very big role in the success of this scene, and keeps you hooked by playing with your lack of clear vision. A creepy classic, and one with a good payoff.

The first Conjuring movie is a modern masterpiece, and this scene brings the immediacy of the terror Lorraine experiences right to the audience. It’s not a jump scare, but it’s so much more important in terms of setting the tone of the movie and giving us a chilling visual that lingers in the mind.

The introduction of The Nun (aka the demon Valak) is done in such a creepy and unnerving way, using the corridor to full effect (and evoking feelings of dread not felt since the Grady Twins petrified us in The Shining). Lorraine confronting this unwanted visitor in her house leads her to the painting Ed has done. But what’s that behind the picture?

The finale of the first Conjuring movie gave us a great exorcism scene that’s as scary as it is energetic. Some great visuals here too – but I don’t think that stain will be easy to get off the sheet…

A horror trope used well in the past, it’s a very effective and chilling jolt to the system that always keeps you on your toes. You’ll never let a door slowly close behind you ever again. Slam that bad boy shut!

For me, this one scene perfectly encapsulates the Conjuring Universe. It was used in the first trailer of the film and is a masterful moment of horror that is unforgettable. After an earlier scene features a clapping game around the spooky house in broad daylight (which is still creepy), now we find a reprisal at night and in the basement. A truly fantastic jump scare that, for me, is the quintessential jump from the entire universe of Conjuring films.

Things covered in sheets will always be a bit creepy, and this particular scene is a perfect realisation of that fear. A perfectly executed scare that really packs a punch and leaves you wondering how you’d react in a similar situation. I’d probably die of fright…

The Conjuring 3: The Devil Made Me Do It is in cinemas now