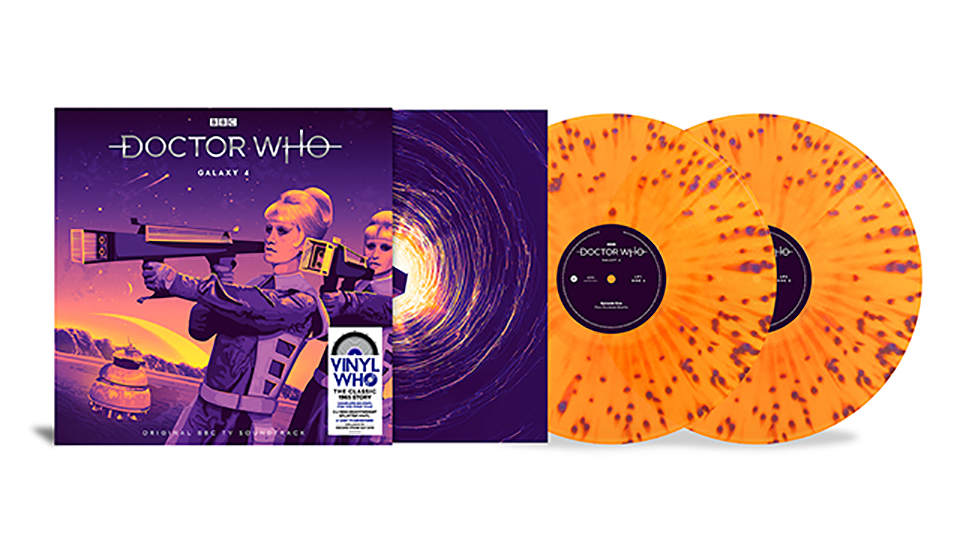 The first season and a half of Doctor Who is so near-perfect that it tends to be what fans think of in connection to the First Doctor’s era. Galaxy 4 opened Doctor Who’s third season in 1965. By this time, star William Hartnell was struggling to meet the physical and mental demands of the role, and the series entered a state of flux with significant changes to cast and crew occurring rather too frequently for comfort. On top of that, much of the season is lost from the archives. Consequently, this serial tends to be overlooked.

Out of the four episodes comprising Galaxy 4, only the third is known to exist. It was unearthed fairly recently, and released on DVD by the BBC in 2013, tucked onto the special features of the revered Hartnell classic The Aztecs. As if often the case with four-part stories, the third episode is the least engaging – it’s an effort to keep the plot moving after all the exposition of the first two episodes and before the climax of the final part. For all these reasons, many fans look upon Galaxy 4 with indifference.

This vinyl experience from the Demon Music Group offers Doctor Who fans a fresh experience of a neglected instalment from the early years of the Swinging Sixties. Although the soundtrack with linking narration by Peter Purves (who plays the companion Steven) has been available since 2002, the depth and warmth of vinyl will always win out over the cold digital format of CD, or the tinny speakers of a laptop.

Listening to the whole story in this way is certainly the best way to enjoy it. Episode One is surprisingly engaging, considering how unloved the story is among fandom. The premise is ahead of its time. The Drahvins are a race of beautiful clone females, who have no use for males, where only one or two are kept in slave-like conditions for reproductive purposes. The rest are killed. Such a reversal of expectations was unusual for television drama of the time. Even better, the creatures they are at war with, the Rills, are depicted as aesthetically gruesome, yet they retain a morality. Thus, the beautiful ones are evil, and the ugly beasts virtuous. The set-up is completed by a traditional ‘race against time’ – the planet they have all landed on will explode very soon, and the two opposing races must cooperate or die together.

So far, so good, but the problems with the story become apparent from the second episode, after which the plot unravels in too many directions, quickly sinking into the feel of a B-movie. There is a lot of running back and forth between the Drahvin and Rill spaceships, where the hokeyness of the narrative works against the promising original premise. There are a few standout moments though, such as when Maaga, the cruel lead Drahvin, sadistically leaves Steven to die in an airlock. Galaxy 4 was writer William Emms’ only contribution to the television series, and it does feel oddly off-kilter with much of the surrounding stories from the era. Next up was the prologue to The Daleks’ Masterplan…

Although Galaxy 4 doesn’t quite match the expectations set by its opening episode, it is surprisingly entertaining. As an audio experience, your imagination fills in the blanks, so even episode three is suspenseful (where it is not when the visual experience forces on the viewer drab design work and painfully cheap sets). Encouraged by the strange atmospheric stock music and sound effects, Galaxy 4 grows to larger, more cinematic proportions in your head than it ever managed on screen. You can even be persuaded that the Chumblies look like more than compost bins.

As with other Doctor Who releases in this range, Galaxy 4 is produced to an immaculate standard. Two 180g vinyl records are packaged within a gatefold case, with individual sleeves to protect them. Essential cast and crew credits are supplied. A neat detail is that the vinyls are pressed in an orange and purple splatter colour which evokes the distinctive cover of the 1980s Target novelisation of the serial, which William Emms provided.

Although not a classic, Galaxy 4 is certainly a curiosity. It’s time to rediscover it in the best format for a mostly-missing serial.