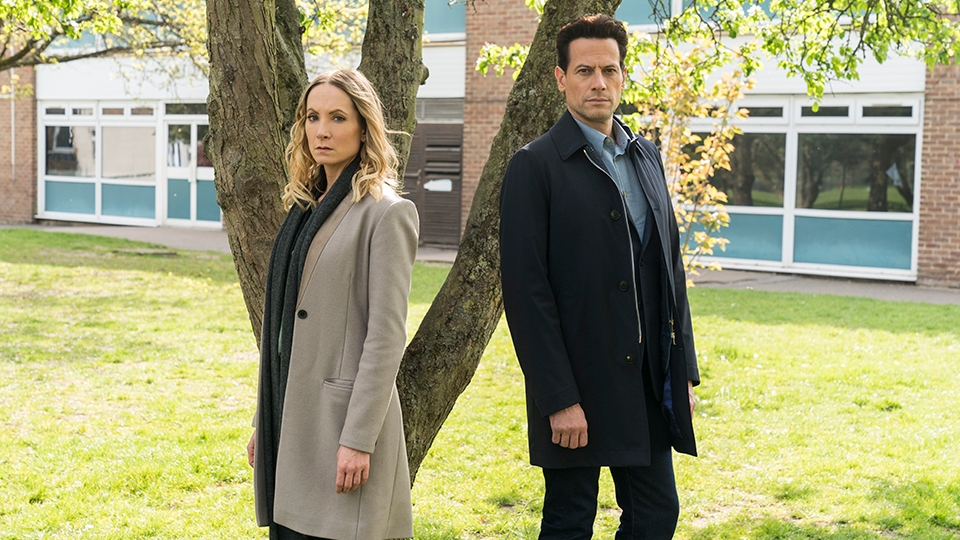 Filming has begun on series 2 of ITV and Sundance TV’s award-winning thriller Liar and a series of first-look images have been released.

Written by Harry and Jack Williams series 2 picks up three weeks after an arrest warrant was issued for Andrew Earlham for the sexual assault of 19 women. When Andrew’s body is found in the Kent marshes, Detective Renton alongside DS Rory Maxwell are tasked with uncovering clues about Andrew’s past and unpacking the events of the three crucial weeks leading up to his murder.

Harry & Jack Williams commented: “It has been a joy returning to Liar and our reunion with Joanne and Ioan. Equally we are thrilled to have Katherine Kelly on board as DI Renton after her stellar performance in Cheat.”

Liar is commissioned for ITV by Head of Drama, Polly Hill. Commented Polly Hill: “We’re delighted both Joanne and Ioan are returning to Liar as Laura and Andrew with Katherine Kelly joining the cast as DI Karen Renton. We’re sure audiences will once again be gripped by the story as Harry and Jack Williams keep you guessing over who killed Andrew.”

“We are thrilled to be working once again with our partners at ITV, Harry and Jack Williams and this exceptionally talented cast on a thrilling new season that will dive deeper into the complicated relationship between Laura and Andrew and the mystery surrounding his death,” said Jan Diedrichsen, Executive Director, SundanceTV and Sundance Now.

The first series of Liar was ITV’s highest-rated new drama of 2017 with the final episode bringing in a consolidated audience of 9.1 million.